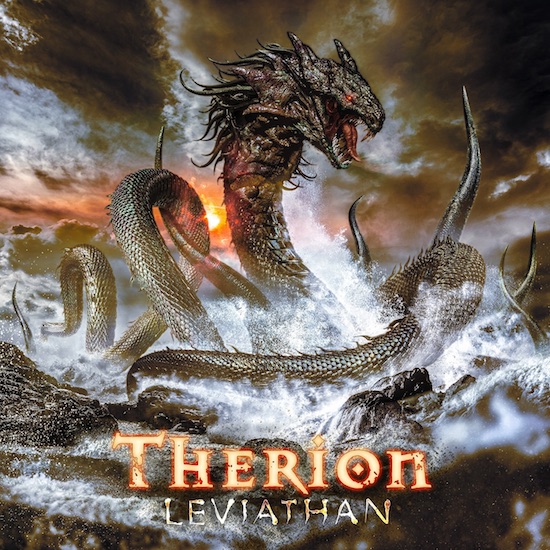 After their previous semi-suicidal 3 hour release, you would expect Therion to take a break and reflect on how to get back on track. But no, no rest for the wicked and the mastermind Christofer Johnsson had to promote their newest effort as “what fans have been asking from us for so many years” which is always a red flag. So, is Leviathan what we have been missing?

Let me start with the great looking cover and overall layout, which gives a nice tone to the full experience. Leviathan is a much more easy-on-the-ears album than pretty much anything Therion has done since I don’t know how many years. The sound is different with the guitars more dominant (finally) and the orchestral finesse accompanying the band, a welcome return to the symphonic metal formula we all loved. The performance is excellent across the board with the main band in top form accompanied by a stellar ensemble of guest musicians. Nothing ground-breaking but the formula is tried and tested, and it works well. Honestly, I never hoped that I would hear Therion sound like it’s 1997 again, but there you have it, first box is ticked, and we have the promised return to form.

The larger than life Iron Maiden vibe works well, and the songs rely on anthemic sing along choruses that will obviously work nicely with the crowd helping. Good songs are abundant with personal highlights being the 'The Leaf on the Oak of Far', 'Tuonela' and 'Great Marquis of Hell' all excellent examples of what we have been missing from the band. Bonus points for what was the (hopefully temporary) farewell of Marco Hietala from the active scene, as he recently announced his retirement from Nightwish. The album is mainly mid-tempo with sturdy drums and pompous orchestras and some songs are obviously better than others but the general level of compositions is good enough and at no point this album sounds rushed, uninspired or sloppy.

After repeated spins, the only negative thing I can say about Leviathan is that unfortunately everything ultimately feels a bit too familiar, so I found myself gradually losing interest. I understand that after 16 albums and 30 years of presence the main focus of such classic bands should be to just preserve their myth, but I don’t see this album bringing new fans to the band,or have a long lasting impact. It lacks the gravitas, the daring and innovation that Therion brought to the table but now that I think of it, they tried innovation in their last 2 albums, so careful what you wish for Paul.

Leviathan is a good album that will please the old guard of the fans that have been asking for more heavy stuff. Apparently, it is a part of a trilogy so it will be interesting to see how the next chapter unfolds. For the die hard fans that were expecting a masterpiece, I’m sorry to say you will have to wait until the next instalment but with the firing rate of Christofer, this might be much sooner than expected. Still, some very strong moments in here.