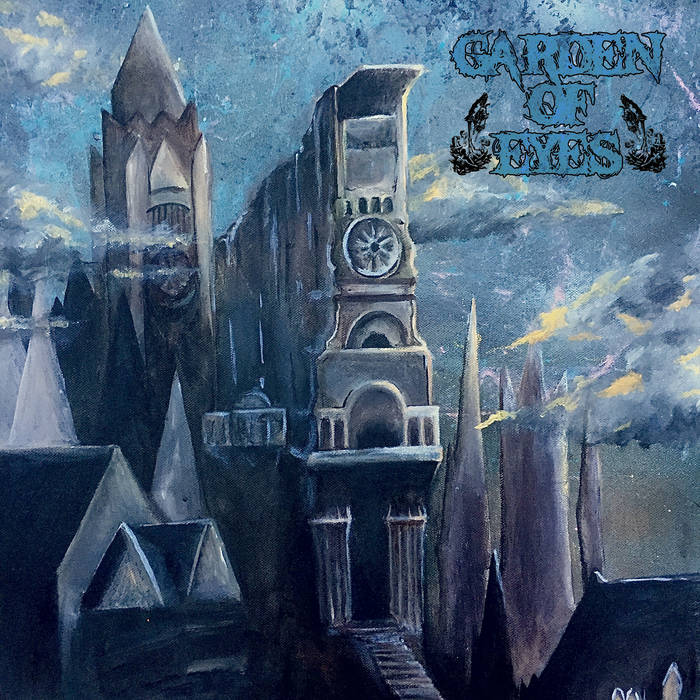 After a few demos, a split and a compilation, English band Garden Of Eyes has released its first EP Boomhammer. The listener gets to hear two songs that are clearly different from each other. The title track 'Boomhammer' sounds very much like Swedish HM2 sound, embellished with some cool classic metal riffs and some doomy passages, especially in the chorus. Here, besides Entombed, Dismember and the usual suspects, Black Sabbath were also taken as sources of inspiration. The song is very catchy and impresses with well thought-out melodies.

The second track 'Saw Cleaver' lets the listener travel from tranquil Sweden to a musty swamp landscape, perhaps somewhere in Florida. Here, tribute is paid to the rather more unpleasant death metal bands. Let's call Autopsy one of the influences. Jørgens "Nattskog" Kirby's voice sounds quite repulsive and sick compared to the first track, reminding me of Chris Reifert a time or two. The song mostly crashes at high speed or crawls alternatively through the speakers and leaves the listener after a good 4 minutes helpless and sinking in the swamp.

The only point of criticism is the somewhat weak production, which comes across very dull and somewhat unclear, otherwise this EP is quite recommendable from the musical point of view.