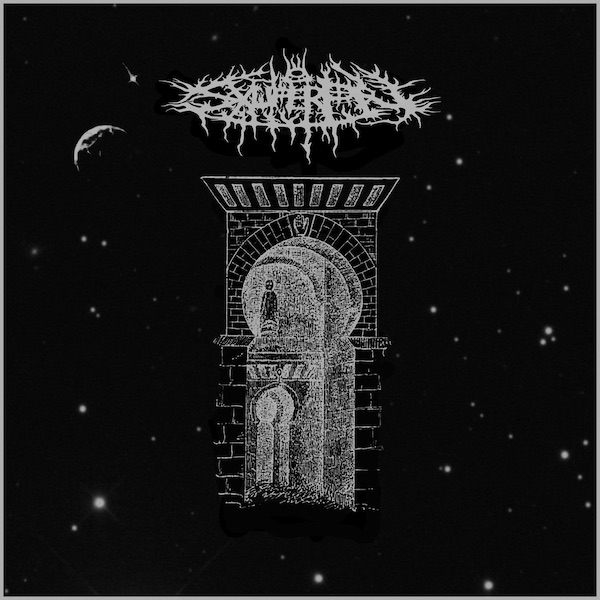 And from the furthest regions of the cosmos, Sxuperion continues to traverse the darkness and disperse from under the interstellar carpet, wonders that have settled like dust. A Goliath, possessed by the drive to transcend nothingness awoken once again to continue on the path set nearly 2 decades ago. Still searching for the answers to mysteries beyond the moon whilst excavating from the depths of a cosmic soup, unconquered monuments.

Having managed to gift the underground 4 black/death monoliths thus far, Matthew refuses to decelerate with the latest, brightest and most brilliant addition to his eclectic spatial series, Auscultating Astral Monuments. A showing of unchallenged dedication to his vision of black metal, a journeyman of the bleak, yet rewarding terrain, goes without fumble or falter. With each entry displaying improvement over its predecessor, Auscultating Astral Monuments demonstrates a significantly greater leap in songwriting, technicality and general flow of the music that culminates in a succinct and seamlessly assembled act of bravado. Though Cosmic Void would still earn the #1 position, Auscultating Astral Monuments is compositionally superior to that album and easily surpasses everything after.

Accompanied by the sensation of scampering Through Cosmic Corridors; panting, gasping, wailing, hoping for a merciful demise should one's body and soul succumb to the elements, an adept sonic deception instilled and maintained. The atmosphere is thick, equipped with electronic edits and samples of theatrical scenes merged with an epic aura aiding the instrumental projection, that while sharing space with power chords, ravenous vocals and hypnotic drumming, finds purpose within the cosmic clatter. Matthew's ambient work is astounding and never abandons the listener; rather, it transports you to immersive sectors on the album. Whether it be on 'Astral Silence', the semi-melodic 'Eyes of Gangkhar' or (my favorite) 'The Mote In God's Eye', Sxuperion submerges you in the depths of both mesmerizing wonder and peril.

Matthew's vocals are still very much like a kraken to an ant, mountainous growls and deranged snarls with cavernous effects are added in to capitalize on the album's ambience, thus creating a sense of vulnerability. Auscultating Astral Monuments is epic in its soundscape, like a dreadnought preparing for landfall or takeoff, its enormity is consuming. Thorough sonic seismophobia, a monstrous sound consistently tormenting the listener track-in, track-out. Vibrant and pulsating, audial artistry that dares to be matched by anything of substance that may remotely fall within the same genre. So many sounds converging, yet there is clear direction exhibited with an entry like 'Ophanim Mechanical Drive' that'd incorporate technical flexibility all the while making for an easy transition to a track like 'Irreverential Cisterns' and still manage to no be interrupted, rather complemented by the sweeping waves of ambience.

With galloping urgency these 'Ardent Hymns Accumulate', exempting none on Auscultating Astral Monuments, with sequences chaotic yet beautiful, to find ecstasy in sleep paralysis, a mind 'Forever And Ever' lost and set adrift on a course of no return. A soul completely denigrated by the immensity and sheer ruthlessness of the mechanical astral scope, its disregard for existence in its cyclonic process; Sxuperion delivers a sonic rendition of a process beyond the finite comprehension of man.