Sxuperion hails from Mammoth Lakes California, USA; the ferocious figure manning the project, Lord Sxuperion, has taken black/death metal to a new height with efforts such as the brilliant 'Myriad' and the inexecrable depth of 'Cosmic Void' (to name a few). The latest entry into Sxuperion's cosmic catalogue being 'Endless Spiritual Embodiment' will crack the sky in a mighty roar of ethereal power on May 3rd, 2019. Metalbite was granted a brief moment with Lord Sxuperion in an attempt to grasp some understanding of his perception, in which we are ever humbled for. 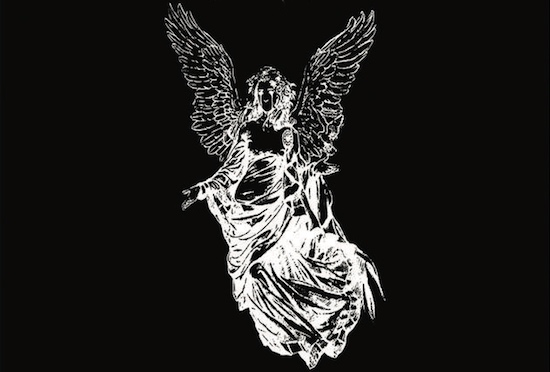 Thank you for granting Metalbite an interview with the mastermind behind this much needed project. How have you been keeping?

Very busy at the moment. Getting this new Sxuperion album out, and the Valdur album (Divine Cessation) printed to vinyl and getting ready for some Valdur live shows. Plus, constant BMR orders coming through at our corporate offices in Luxembourg.

I discovered Sxuperion through Valdur's Goat of Iniquity that received astounding feedback. However, I feel Sxuperion is a much more focused project than Valdur. I say that because Sxuperion evokes deeper thought and introspect than Valdur, meanwhile, Valdur appears to focus primarily on stirring an evil and violent atmosphere and maintaining it. However, that is just my opinion. Thematically, how would you differentiate between Sxuperion and Valdur.

Thanks for the support! This is difficult for me to answer. It all just comes naturally, so it's hard to differentiate. Valdur is simply a group effort, and the Sxuperion stuff is a selfish solo project. Valdur is based on rehearsals from the riffs that our guitarist and/or bassist brings to the table that we arrange and are to be played in a live setting (if we so wish). But with Valdur, I am stuck behind the drums. The solo stuff allows me to play the guitar and write riffs and mastermind the arrangements. So, I get the best of both worlds. With Sxuperion, I get to write songs and lyrics based specifically on my connection to…

I was made aware you dwell in the Eastern Sierra Mountain Range; hence, in what ways do the environment affect you as a human being and the quality of your music?

The quality of the music is up to the individual opinion. It's funny when people assume that if you live in California, you live on a beach or in a city and run around with some sort of entitled political agenda. We are up in the north-eastern part of the state by the Nevada border; hidden away in the Eastern Sierra mountains. I moved to Mammoth Lakes from Montana and Washington states because the mountains here are bigger and the snowpack is way bigger. Mountains and snowpack are very important to me. The town is at 8,000ft in elevation and it's surrounded by 10,000 to 14,000-foot peaks on one side, and a high desert on the other side. It prefers to live a lifestyle away from the trends and influences of the condensed soup of society. I am truly free and lawless here. It's good to visit cities and travel the world as often as possible, but I always need to get back to the mountain gods that whisper my name.

I am also aware of your involvement in 2 exclusive black metal projects, Weverin and Garden of Hesperides; hence, what do you define black metal as being and of what significance does the genre have to you? Also, when and what propelled you to set foot on the path of black/death metal

Black metal is just a genre. As it has evolved over the last few decades, BM has lost almost all of it's magic. Sxuperion and Valdur and all the other musical projects I'm involved in should just be labeled as extreme music, or death metal? … and not USBM. As long as I will make this music, there will be the old black metal influences in there, and the old death metal influences, but I don't involve myself with any particular current (BM) scene or group. I have other solo projects too (SXAP and Spice Breather and others). There wasn't any one thing that got me going (well maybe Iron Maiden's Live After Death album and Mercyful Fate's Melissa?). I grew up with this music and I just continue walking this path. I am also really into ambient/drone/space ambient, etc. Weverin was really the mastermind of the guitarist and vocalist, and I was happy to lay down drums for them. They are good friends of mine, and I am currently working with Harp (Weverin guitarist) on a new project. And Garden of Hesperides, as another solo project of mine, is the only thing I do that is really rooted in a BM foundation. The drums that I did for the Endless Blizzard album (in 2009?) I remember being quite 'black metal' in nature, I guess.

Would you be willing to explain your Satanic philosophy and in what way/ways is it connected to Sxuperion's music?

The best way to explain one's spiritual philosophy is by saying nothing at all. If it has any true meaning, then one should not try to describe it with words. It does sit well within my music, so anyone is welcome to try to find it in there.

Have you ever encountered any paranormal experiences? If yes, can you provide a glimpse into any of those occurrences?

Yeah, I sure have. But I think that it's no one's business.

I would like to see black/death metal reduced to around 100 bands or less, over-saturation is a problem, it erases the value of black/death metal also and buries music that possesses merit. I feel the black and death metal genres are populated with soulless bands that rely on copying others rather than standing out in creating something of their own. What are your views on the current state of this music?

I had the luxury of getting into extreme forms of metal in it's infancy, and it was really fresh and exciting (1980's). Now all music is oversaturated enough that I sometimes contemplate not even doing this anymore. Especially with all the trends and repetitive hype. No one looks evil and brutal on some lame social media page…(laughs). But if I have made something that some others have picked up on and enjoyed, then that's great! The old metal is still the best metal, envisioned by the strong-willed pioneers. But there is new shit that is good too… you just gotta dig for it.

It seems as though humanity is going through a process of de-evolution; vast multitudes of the gullible sheep wish to be led opposed to carving a path of their own. Given the political circus and people often squandering their energy on the nonsense fed by the media, how and where do you see mankind intellectually and spiritually 100 years from now? I ask this question because Sxuperion's music often evokes a longing to advance and transcend the default of one's spiritual and cognitive capacity.

Idiocracy has become a documentary. The Sxuperion stuff is absolutely meant to push myself into a better and always evolving future. Walking the right path to a better self really isn't that difficult, but it sure seems almost impossible for most of the Pathetic Scum that we refer to as society; where greed and instant attention are king. As far as a hundred years from now, I'll be dead. It's really just up to the individual to stay strong and focused in our void world. If listening to this music would make one feel advanced as a person, then this is a good thing. But I would like to remain humble about myself and my music.

I view Sxuperion's music as being an important addition to black/death metal and truly believe it should be pressed on vinyl. I find that the music is mostly available as either digital downloads or on cds; are there any plans to have all of Sxuperion's full-length material or at least Cosmic Void and future releases pressed on vinyl?

That really does mean a lot, as there is so much music out there to choose from. That is a great compliment since my music is so obscure, so thank you. To me, Cosmic Void is a center piece of my music, and I hope to get a vinyl pressing started after the Valdur - Divine Cessation vinyl is released. Cosmic Void is currently available on cassette too, but it's quickly become very limited. The Cosmic Void CD's are still available a Tower Records.

I understand that Sxuperion currently resides on Bloody Mountain Records in which you are the owner of; how has it been working out thus far in terms of distribution and overall management?

Besides my deal with Sony, I pretty much have no distribution and I don't do trades and stuff. I don't want to 'connect' or anything like that. It's about music and integrity only. Success for me is not defined as…

Have any labels approached you in the past with regards to signing Sxuperion?

I'm not really keen on playing someone else's game with my music. It takes many small steps to get to the top of the mountain. And I/we are so isolated up here in our small town… so we aren't 'hip' to any $cene. It's great when people recognize what you are doing, but I'm content with who I am so I'm not running around chasing my own tail, trying to be something that I'm not. That being said, if someone approached me with a mindful and respectful offer, I would surely consider it.

With regards to Sxuperion's upcoming record, Endless Spiritual Embodiment, can you provide information pertaining to the concept behind it?

ESE is kind of a branch off the Cosmic Void tree. It's about how one might strive for cosmic immortality, only to find oneself trapped in this small universe forever. Losing the eyes to see into your own future, you are left alone in a blind body, unable to escape the cold vacuum of this two-dimensional prism we call space. All of the Sxuperion releases take place in the same sort-of mental universe but are different stories and ideas. Musically, ESE really just takes off from where Cosmic Void ended. The CD's will be glass print replicated in a die-hard digipack layout. For this release, I am assembling them myself in a unique way and hand numbering them. The first printing run will be limited to 50 copies, so they will sell out fast. And possibly also printed to cassette soon.

Would you be kind enough to share some of the films and literature utilized as a guide for Sxuperion's music?

M- Sure. Larry Niven - A World Out of Time. Greg Bear - Eon. Orson Scott Card - Ender's Game. Larry Niven and Jerry Pournelle - The Legacy of Herot. The original TRON movie. Lovecraft. The Road Warrior. DUNE (the book and the original movie). Blade Runner. Alien. Interstellar. The Terminator. The Thing. Krull. Gattaca. Ace Ventura. Bad Taste. Greg Stump's License to Thrill and Blizzard of Ahhh's…. just to name but a few. Movies these days in North America are mostly complete dog shit, CGI remake drivel. I do like the latest James Bond flicks (all James Bond movies rule). The second Blade Runner movie was really good though, in my opinion. Right now, I am reading The Forever War by Joe Haldeman.

Thank you for making the time to partake in this interview. I wish you the absolute best outcome for Endless Spiritual Embodiment and all future your musical endeavors. I hope Sxuperion's music is pressed on vinyl as a set or something like that. The music is just too important to not be packaged in a grandeur manner.

Thank you so much!