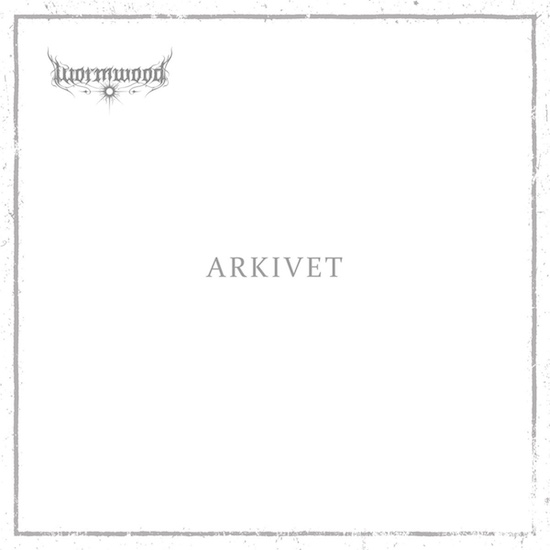 Let us take a look into the not too far away future. The sea level has increased dramatically (not because of the global warming of course but because of the evil sun that must be given the entire fault for that *irony off*) and there are only some few habitable spots on Mother Earth where mankind can live. After some cruel and devastating wars for water, food, some other resources and space to live the planet is almost deserted everywhere and nobody remembers the reason for all this. But still the curiosity of mankind is alive and now some brave archaeologists have decided to move into the inhabitable zones. They discover a lot of quite interesting things and among these things is the newest release Arkivet by Wormwood. After a detailed examination of the CD (which includes an analysis of the lyrics, too), the archaeologists come to the conclusion that there might have had been some people who knew why all these things had happened in the past and this leads to bitter emotions towards their forefathers. Why didn't they do anything against this all? How could this come that far? …well, fiction? For sure, but how long will this be still fiction? I guess that Wormwood is telling some stories on their new album that the one or the other may think about.

But now let's come to the album in real. What you can discover at first is the album cover which is kept quite simple with just the title and the logo on it. Done quite well because this way you can focus on the lyrics and the music alone and not being influenced by some pictures given by the band. Musically Arkivet is what we know (and as far it is concerning me, appreciate) from the Swedes. They continue stylistically with what they started with Ghostlands and improved with the somophore release Nattarvet. Harsh riffs and thunderous drumming combined with a rasp black metal voice meets wonderful Swedish folklore melodies. I have the impression that the quintet used to listen to a lot of different music styles in the writing process of the album because I can find a lot of different influences on it (even Pink Floyd comes to mind when I listen to the opener 'The Archive'). Though it is never kitschy or soft or whatever may come to ones mind while reading these words. The music is quite catchy and melodic but also very heavy and tends into black metal (though the guys don't consider themselves as a black metal band). Concerning these black metal influences, I am quite often reminded of old Borknagar and Naglfar songs what should be a recommendation for that release.

The tracks might appear a little bit more complex than the songs on its predecessors but if you give them an intense listen, you will discover a lot of great (little) details which let the album grow every time you play it . The atmosphere that Wormwood create is quite oppressive but thoughtful, especially when the more melodic and folkloristic elements take part in the songs. The spoken words (taken from some news on TV) in the last track 'The Gentle Touch of Humanity' are brilliantly arranged and show the urge to act in real life against the forthcoming threat.

Lyrically Wormwood deals with the destruction of nature, the heritage of mankind, loneliness and desperation. Though I don't have the lyrics written before me, I'm sure they are worth reading and reflecting about it. I wouldn't mention any of the tracks as outstanding because all the songs are really well composed and worth listening to, so you shold have a listen  and make up your own mind.

The one last thing I can say is that I haven't heard an album that has touched me musically and lyrically as much as Arkivet for a long time. I hope that the recently released IPCC report will stay as a gloomy warning which will never come true so that the story told on Arkivet remains as fiction only for all of us.