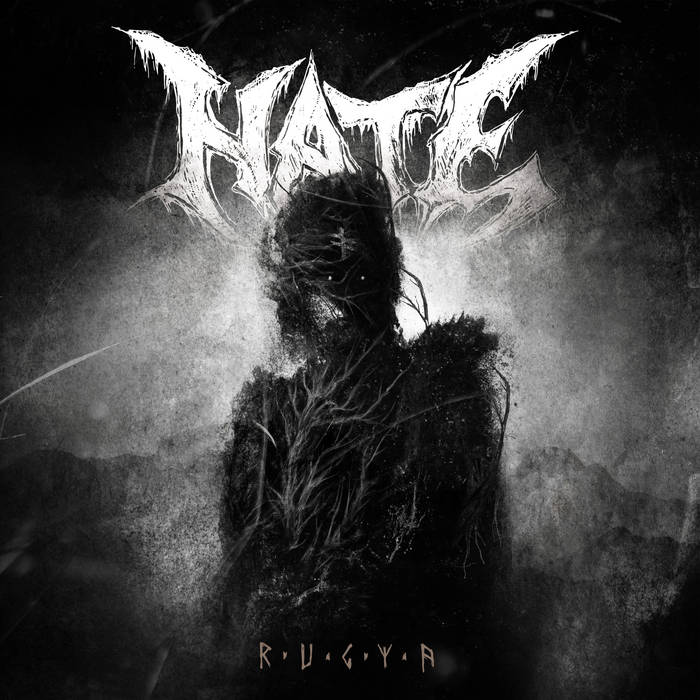 The twelfth album for the band's 30th anniversary. This is a noble achievement, but the album itself is even more noble. Rugia is 9 pieces of black and fiery death / black metal armed with the power of Slavic pagans.

Hate raised the bar high for themselves with albums such as Anaclasis, Morphosis, Erebos or Crvsade: Zero. I appreciate Hate for their persistence and quality. Their works of destruction have been circulating in orbit for many years, invariably getting closer or slightly away from perfection. After emanating of Norway’s freezing cold Auric Gates Of Veles, I was waiting for a new album in which I would see the face of death which I have been looking at for 30 years again.

Watching this year's Hate's performance at the United Arts Festival in Gdańsk, I saw their strength and felt their power. Rugia only confirmed it. The energy of this album spills out like Cumbre Vieja, flooding humanity with black filth. Maybe previous icy-black face of Hate suited someone's more, I however prefer when Adam mixes the two, allowing his nature to manifest itself. I don't know what caused the return to the Wiesławski brothers’ studio with Rugia, but it was only good for them. The album is readable, but it is not predictable. The purity of the sound did not deprive the music of the rapacity and aggression that evolves from rage to more complex forms.

Rugia is probably not Hate's fulfillment. It will not be counted as an outstanding album either, but its phenomenon lies in its magic, which makes you listen to it with masochistic pleasure and still want to come back to it.