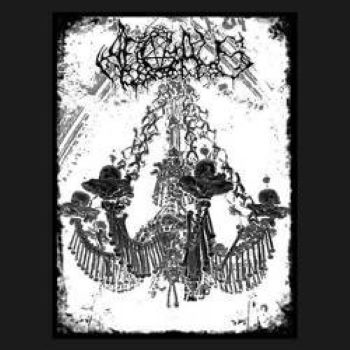 However, in 2006 Aegrus released their first demo. Unholy Invocations illustrates that the band did not need much time to find its stylistic niche. Generic black metal songs with a playtime of five minutes plus was already on the agenda when they recorded their first sign of life. Naturally, the sound does not meet highest expectation, but I know a lot of official albums that do not sound better. The mix appears unpolished, but not extremely raw. Just like in their later years, Aegrus do not strive for the maximum of musical ugliness. I don’t want to speak of melodies in the strict sense, but they give their guitar lines and riffs room to breathe. This does not always result in outstanding tracks. 'Sword Of Desecration', for instance, sounds solid and does not march to a different drummer, but it cannot completely justify its excessive length of nearly eight minutes. The artists seem to fascinated by their own song and do not find an end.

Anyway, apart from minor flaws, the four songs can be interesting for black metal purists. The voice of Inculta already presents a fine dose of malignancy, the rumbling guitars at the beginning of 'Thousand Plagues' invite the listener to join the musical area of Aegrus immediately and from a technical point of view I also see no deficiencies that tarnish the performance. It looks like old heroes like Witchhunter (R.I.P.) have taken their tempo fluctuations to the grave. We can regret it, because the charm of imperfection can be pretty attractive. But of course the professional approach of Aegrus deserves respect as well, to say the least. Thus, if one wants to hear four authentic, surprisingly mature yet not excellent pieces of honest black metal, Unholy Invocations is a good choice.