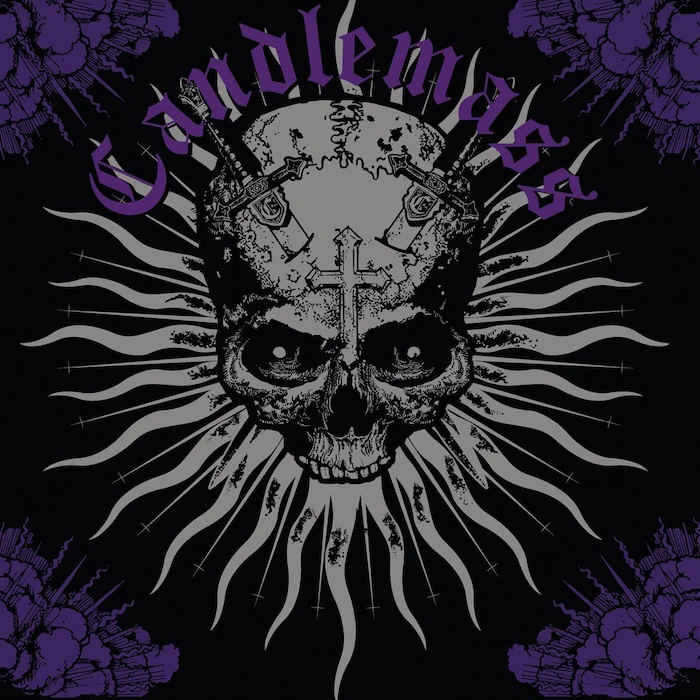 I must begin by clarifying something right now; I am not a devoted fan of Candlemass. I listened to their first 2 albums and some other material after those records but as I began to be drawn into the more extreme bands I enjoy today, I lost interest in the fathers of epic doom. This, however, does not mean that I do not understand nor acknowledge the importance of their existence to the subgenre of doom as a whole, and those first 2 albums are quite enough reason to understand why. While the Messiah era is regarded by many as the peak of their career, I saw more and more people firmly devoted to Johan Längquist and his performance in the debut album, after which Johan left as he had no intention to join full-time. So you can kinda imagine everyone's surprise when, after 30 years, Johan was finally integrated into Candlemass as a full-time vocalist, bringing everything into full circle.

Even before Candlemass had a revolving door of outstanding vocalists, the band had flirted with the idea of Johan joining them for real (the countless appearances of Johan to perform "Epicus" material entirely should have been one of the many indicators). But this, however, brought two important questions to the table; how would the following record sound with Johan? And, also importantly, how would the many classics of different eras sound with him as the frontman? The Door to Doom was opened then and expectations were fulfilled completely. 3 years later, we stand here, welcoming the band's new offering: Sweet Evil Sun.

Is it an instant classic, or more of a grower? Does the band retain their craft to perfection? Is Johan's performance up to expectatives? Well, this may take a bit...

One thing that must be stated immediately is that Candlemass has been in the business for 40 years by now (if we count the years under the name of "Nemesis"). They have grown old and may not be as energetic (at least to doom metal standards) as before, but there is still passion in these guys and it is evident. We cannot expect nor demand an "Epicus 2.0", we can only wish that they deliver their best possible. And when compared to The Door To Doom, Sweet Evil Sun seems like a bit of a step backwards rather than forwards. It is heavy, it is crunchy, it is dreadful at times but I can't stop thinking that something's missing here. At moments it feels like the songs are dragging too much, and while doom metal songs are known for long lengths and repetitiveness, in this particular case the issue is so notorious that I was actually desiring that the song finished. The band feels less energetic than in their previous album, then again everything was better 3 years ago. The instruments as a whole are lacking a bit of punch at times, but there are moments when the spark is briefly revitalized. The sound, as a whole, is a bit stronger and crushing than on their previous album, but I feel that the music does not do it justice at all. There's something really off in the album, and I think that one of the most "off" things is Johan's performance.

Now, I'm not saying that he sounds terrible. No, not at all. But he doesn't sound as exciting nor as epic as in Door To Doom. If anything, it sounds like he's ditched the more epic narrator character he had during "Door" and became a sort of whispering taleteller. It sounds like he's struggling, at moments, to deliver the vocals with the power shown in the previous output. But by no means he has lost his pipes, and there is more than one good moment that will surely be your favorite. In fact I would say that his voice becomes slightly more aggressive as the album goes on. Yet despite this, the album as a whole feels a lot less epic and more straightforward. There are moments of brilliance though, like the vocal duet in 'When Death Sighs', but the album as a whole feels a bit boring and lacking, not to mention the ending is quite unnatural and makes no sense (to me at least).

Production wise, Johan's voice is sometimes buried by the instruments (the guitar being mostly dominant here) and it lacks a bit of "oomph" in the sound overall. But bear in mind, this is not just Johan, but the entire band being around 60 years old and the energy has been quite exhausted by today. It may not grip you immediately, but I'm sure that with a few more spins this may actually grow on you and acknowledge that, while old, these guys still got it. Sweet Evil Sun may not be quite the follow-up that fans of The Door To Doom expect it to be but it still is Candlemass, just less "Epic Doom" and more straight and direct.

Let us hope that the next offering (if there ever is one) bring back some more power back, otherwise this may be the beginning of the Doom to the Fathers of Epic Doom.

With The Door To Doom Swedish doom superstars Candlemass achieved their biggest success so far being nominated for the US American Grammys and had a very prominent guest appearance by Tony Iommi. Now they are back with their 13th regular studio album Sweet Evil Sun with a guest appearance again but that I will come later to. One may be superstitious about the unlucky number but if you have a look at other bands and their 13th release the Rolling Stones were pretty successful with “Goats Head Soup”, AC/DC with “Stiff Upper Lip” and also Black Sabbath did a great album with “The Eternal Idol” (okay this is my opinion, hehe!). So the chance for another good release is probably given – let's have a look at the album.

Starting with a typical doom stomper that has the typical Candlemass trademarks you instantly get a good feeling about the album, although I sometimes have the feeling that the bands copies itself a little bit with that guitar solo which also could have had been on Death Magic Doom ('Demon Of The Deep'). The first song that was previously released was 'Sweet Evil Sun' which is a fantasticly atmospheric song with some 70s-like Hammond organ sounds. This is a very catchy track with some really bitter and sarcastic lyrics. With 'When Death Sighs' they have composed a very unusual track for the band doing a fantastic vocal duet performed with Jennie-Ann Smith you may know from Avatarium. The band that Leif Edling founded in 2012 but isn't on board any more. The song is a slow, creeping, gloomy and atmospheric track where a lot of tension is built in its course. Another very dark and catchy track is 'Scandinavian Gods'. It has some doomy Manowar influences and may be the next hymn where everybody can join singing at the concerts. I guess this will be a love it or hate it thing. Two faster songs on the album are 'Devil Voodoo' where Jonas performs much more melodic vocals than on the other songs and 'Angle Battle' with some hammering riffs and much aggression in it. The songwriting is very sophisticated here with a lot of tempo changes and breaks.

So what is the conclusion about all that? Well, with Sweet Evil Sun, Candlemass once again rolls out a very good album  which is so much easier to listen to than The Door To Doom because of the catchier and simpler structured songs (which isn't meant with some negative agenda here). Candlemass leave their traditional music path on some parts only (like on 'When Death Sighs') but if you liked the last few albums you will for sure like Sweet Evil Sun. Maybe a little bit more progression would have been interesting and would have brought some freshness into the fold but what we have here is a very classic doom metal album and that isn't bad at all.