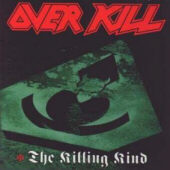 Hey fellows, come on... why do some actually honourable people dislike exactly this work? Why is so much hate in this world? When does mankind reach durable peace all over the world? Okay, now that's going too far. However that may be, let me raise my voice in order to defend this work. First of all, The Killing Kind offers three tracks at the beginning that blow everything away. They hit the audience like a tidal wave. Admittedly, D.D. Verni and friends cannot keep this breathtaking standard. But this does not mean that the album sucks in any way. It holds a lot to discover due to its variety. On a less positive note, exactly this variety is also the reason for one or two relatively annoying tracks. Nonetheless, the here presented material deserves a review which starts with its positive facets. Thus, I can mention the clear, sharp and pinpoint production. Well balanced and equipped with the necessary level of power, it sets the right frame for the ten pieces. Of course, experienced veterans like Overkill should not fall victim to a feeble mix, nevertheless, it is always a pleasure to listen to such a greatly produced output - especially in view of its remarkable number of very fascinating songs. And so the cycle closes; let's come back to the trio at the beginning of The Killing Kind.

"Godlike" and "Certifiable" are explosive outbursts with high-speed sections which take no prisoners. Overkill put the pedal to the metal and nice gimmicks like the "whoa!" screams during the bridge of "Certifiable" work excellently. Blitz performs fervently and plays the psychopath in the aforementioned track very credibly, while the guitar lines score with venomous straightness. Especially "Battle", the opener, delivers fantastic, shredding guitars right from the beginning. In view of the brilliance of this opening, it comes as no surprise that the following tracks stand in the shadow of this furious start. With regard to the strong contribution of Mr. Ellsworth, it is an ironic twist of fate that exactly the only instrumental ("Feeding Frenzy") brings the band back on track. But Blitz does not rest very long, he manages the vocals of the following "The Cleansing" in a skilful manner. It's a dark, unholy number which slowly raises its head like a dangerous monster that wakes up. The slightly surreal solo guitars, the very original ending (Blitz sings a duet with himself), some fatalistic vibrations and the profound heaviness form the next highlight. Indeed, "The Cleansing" marks a climax, although it does not meet my general affinity for fast-paced pieces. Another original track, or at least an unusual one, hails from the ninth position. "The Mourning After / Private Bleeding" surprises with fairly soft tones, but Overkill avoid kitschy or tearful sections - and the chorus possesses a catchy, nearly infectious melody. So here we have a metal ballad that does not focus on a radio-friendly appearance and to keep oneself away from the music programs that make housewives happy is always a good thing.

Admittedly, The Killing Kind has too many more or less average tracks to reach the status of a real classic. Nevertheless, it shows its muscles with a handful of songs that have the quality to challenge their early monuments (with the exception of the untouchable "Rotten to the Core", of course). Exactly this feature separates the output from rather ambivalent records such as Under the Influence or The Years of Decay. (Not to mention I Hear Black, their most questionable early work) The album has a lively, energetic aura and so I am able to ignore the embarrassing "motherf**ker / dick kick" lyrics that are actually beneath Overkill's dignity. It is hard to understand why they wrote such nonsensical lines, but at the end of day, it does not damage their reputation significantly. Yes, they have written some lacklustre tracks during the last three decades (who did not?), but Overkill were and still are a band that does not lack integrity and so it is a pleasure to listen to outputs such as the here reviewed one. Come on, dear fellows, give it one more chance.