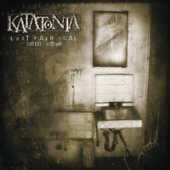 This is a magical piece of progressive metal. Katatonia are in what would be clearly described as their second phase of shapeshifting, once they graced us as one of the true kings of progressive-doom-death metal. Some would see Katatonia, as a band they would listen as they hold out for the next Opeth album. To be fair, that is a pure and unfair statement. Katatonia then and now warrant far more attention to be a predecessor to Opeth’s next album.

This album is brilliant, and completely eclipses all their work up until this moment (perhaps even brushing aside, the masterful "Brave Murder Day"). What is perhaps one of the major drawing factors of this particular album, and all Katatonia albums (for me, anyway) is the absolute, down-to-earth, and heartfelt lyrics written by Jonas Renske. Renske doesn’t write about demons frolicking in the underworld of Hades as some black bands do, nor does he base his lyrics on grinding up corpses with spoons, as particular death outfits may be known to do. This music can be related to on a physical and emotional level, as a pose to a metaphysical and spiritual/dreamy state. The backing music for Renske’s refreshing lyrics is truly exceptional, but not of a true metal nature, instead followers of Tool, A Perfect Circle, and present day Amorphis can pick this CD up in heartbeat.

Picking out any exceptional tracks on this album is hard, if not impossible. My personal choices would be "Teargas" and "The Future of Speech", for the sole reason of being a bit catchier than the rest of the songs.

Bottom Line: Katatonia are the shit, they may not be as metal as they were in the founding days, but they have rhythm and melody like no other band on earth. Album art is gorgeous, as with all Peaceville digipack releases. BUY today.