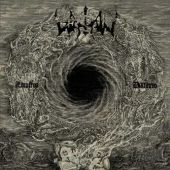 Usually, it is a kind of challenge to listen to an entire album with a length of more than 60 minutes. Honestly speaking, I think that the perfect playtime of a full-length is roughly 45 minutes. In this respect, it is definitely a naughty act that Watain does not care about my opinion. They have written an excessive album of 80 minutes length. But I must admit, they master the challenge in a very clever manner. I am impressed, because Watain seized the moment. What they do is actually simple. Lawless Darkness shows a band that gets the best of both worlds. On the one hand, the musicians still have their juvenile energy and their extensive songs are able to convey this restlessness. On the other hand, they have already achieved a very mature level of musicianship and their exuberant creativity does not suffer from childish sensationalism or stubborn decisions. Thanks to these requirements, Lawless Darkness turns out to be a milestone in the discography of the Swedish artists. Let us take a deep breath and dive into the magnum opus.

The album holds fascinating details, for instance the opening riff of 'Total Funeral'. It kicks off one of the most brilliant songs of the full-length, because 'Total Funeral' marks a prime example for the ability of the band to combine malignancy and fury outstandingly. This brings me to the core competency of Watain. Irrespective of single details and individual songs, Lawless Darkness shines with its sophisticated yet still authentic type of profound viciousness. Inter alia because of the transparent, heavy and voluminous production, the band convinces with majestic and epic song configurations, but also with regard to the gapless overall appearance of the full-length. The three-piece has not yet started to betray the credo of black metal. (All of you who are familiar with The Wild Hunt will probably now what I mean.) Although the hype has already begun, the band members do not yet think about seeking new opportunities in order to increase the commercial usability of the name Watain. As a result, Lawless Darkness does not flirt with the main stream. It just needs the furious and diversified 14 and a half minutes of 'Waters Of Ain' in order to overcharge the usual, "non-metallic" listener.

With regard to those who fight for the pure black metal spirit, I admit that the here reviewed album is less hostile and less harsh than, for example, the band's first masterpiece called Casus Luciferi from the year 2003. Lawless Darkness is not only focused on death and destruction. But, and that's the crucial thing, this does not mean that the three-piece lacks enthusiasm, spirituality or obsession. Watain are still grounded. The rapid guitar leads, the hymnal parts, the woeful melodies, the atmospheric or wistful sections, the rebellious voice, the unleashed drumming, each and every component oozes black metal from every pore. By the way, it is a comparatively independent form of black metal. One finds a few trace elements of other bands, for example of Celtic Frost at the beginning of 'Four Thrones', but overall Watain's sound does not show a specific inspiration. Instead, the band offers a wide range of emotions and plays with the lyrical stereotypes of the sub genre in a skilful manner. Lines like "Beware / The wolves curse" do not push the genre on the next tier. But they fit the musical concept of the band and this is what counts in the end. Anyway, the most outstanding feature is the enormous joy of playing that enables them, among other things, to present a suspenseful instrumental (the title track) of six minutes length. Unfortunately, epic instrumentals without any boring parts are anything else but a matter of course, but I am sure, this is no new information for you. It just confirms the exceptionality of Watain's performance.

Perhaps it is not necessary to mention highlights in view of the consistently high quality. Of course, it is easy to enthrone the monumental 'Waters Of Ain', because it bundles all the strengths of the album. But giants like 'Malfeitor' or 'Reaping Death' are no less exciting. They are just shorter and - more or less logically - more compact than the large-formatted closer. 'Four Thrones' also provides a very intensive experience, but my personal favourite is still 'Total Funeral'. Its guitar work and the conjuring chorus remain unrivalled and the same applies for its excellent dynamism. Anyway, Lawless Darkness is a more or less flawless work, only the bonus track 'Chains Of Death' from the Italian clowns called Death SS (most stupid name of all times) meanders on a subordinate level. The other songs reflect the grandeur, splendour, aggressiveness and negativity of the darkest metal genre in all its shady and spooky dimensions. Watain's fourth album gets better and better after each listen and the probably comparatively high budget was profitably used. The sound - as well as the optical design - demonstrates this sustainably. But nobody can deny that the musical creativity marks the greatest advantage of the vehement full-length. This capability cannot be measured in terms of money.