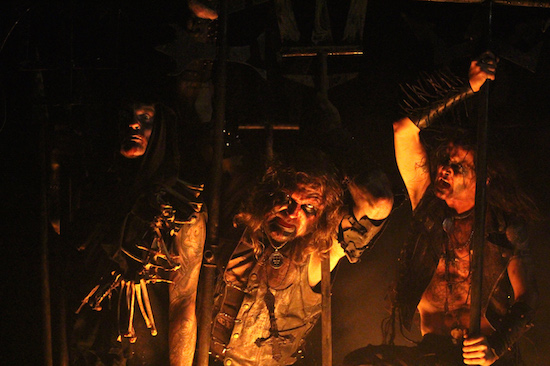 WATAIN's new studio album Trident Wolf Eclipse will be released on January 5th, 2018 and a brand new video for the single 'Nuclear Alchemy' (released as 7” and digitally) can been viewed below.

"After 20 years of carving our own path through and out of the world, Trident Wolf Eclipse feels like a worthy point of arrival indeed. One of power and force, shining a new harsh light upon all that has been, those that perished along the way, the life altering struggle and triumphant ecstasy of Watain. Trident Wolf Eclipse is however not about the past, nor the future, it is about here and now, and we sincerely look forward to show you all what that implies. To all those that are as impatient as we are for that day to come; Thank you for your unending support and see you soon." - Watain, October 31, the year of our Lord 2017