Devilish Impressions just gave us a 3-track EP "Postmortem Whispering Crows" released on September 13, through Non Serviam Records. Last year there were some quite significant changes in the ranks of DI. In place of Icanraz, Avernatvs took position on the drums, and Isemal as the second guitarist filled the gap after parting ways with Vraath (bass). This and the 16-minute chunk of symphonic black / death metal became a good excuse to ask Quazarre a few questions while awaiting the successor to "The I". You can check which cards were revealed by reading this interview. 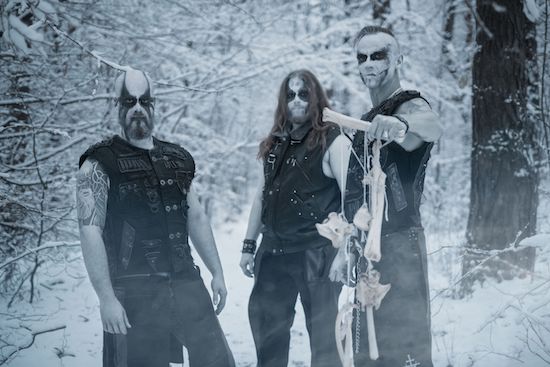 Hi, how's everything going in the restored Devilish Impressions?

Hello! Thanks a lot, it is going ok. On September 13, the Dutch Non Serviam Records released our latest release EP "Postmortem Whispering Crows" on the market, so I'm quite busy but i can't complain.

Was it the 'magazine cleanout', or some kind of tornado that cleared out the other musicians, or maybe it was Quazarre's deliberate action?

Neither one nor the other. The departure of Icanraz (longtime drummer of the band) was in a way provoked by the bass player Vraath, who in turn - at his own request and to the surprise of all those directly interested - left our ranks as much unexpectedly and in the least favorable to us circumstances about half a year later. It's all water over the dam right now. The line-up of DI was replenished by new faces (Avernatvs - drums, Isemal - guitar, MT - bass guitar). We have been in the current configuration for a little over a year. So far this system works great, we played festivals in Malta and Odessa together and recently a small tour in Asia. I trust that the next - as you defined it - 'magazine cleanout' will not happen again.

19 years on stage is very respectable, how did the time treat you?

Indeed, the band was formed in 2000; however, it should be remembered that for the first six years it functioned rather as a studio project. Until then, I was very involved in Asgaard, which was still quite active at the time. It was after the release of the debut "Plurima Mortis Imago" in 2006 and the offers of concerts and tours that resulted in solidifying of the full line-up of Devilish Impressions. Quite a lot has changed since then. A lot of people have passed through our ranks, who now play either in other groups or don't have anything to do with music or by no means as concert-active musicians. So, to the delight of some and the worry of others, we are still very much alive, creating, and playing gigs, so probably OK, right? ;-)

You don't have to be ashamed of your accomplishments that is for sure. Four albums + two EPs, and each release has this certain something that catches you by the ear. How do you rate your CDs yourself? Do you have favorites that you come back to sometimes?

I rarely listen to things in which I "dipped my fingers" in some way. If I do, it is usually in the perspective of upcoming concerts, but more in terms of remembering what where, how and when. Nor do I assess the content of all these discs, which of course does not change the fact that I am very proud of each of them.

Before "The I" you released an EP, this year the sounds of the "Postmortem..." EP went out into the world, is this a preview of something bigger coming out?

"Postmortem Whispering Crows" EP are songs that we recorded during the recording sessions of the album "The I". In lyrical terms, they can be considered as a concept that guided the previous album, but their musical content led us to make a decision to "keep" these songs for a separate release. We mixed them again and subjected to new mastering, thanks to which their sound is slightly different from the one known from the album "The I". However, as you probably know, each subsequent thing signed with the name Devilish Impressions was supposed to be different from what we created earlier. Therefore, the new sounds will certainly be different from those you can hear on "Postmortem...".

Following your actions for a long time, I suppose longplay is in the works already. Can you tell us something more?

At the moment, we focus primarily on everything related to "Postmort Whispering Crows".

Is the release of "Postmortem..." for the Dutch Non Serviam Rec. the beginning of a longer cooperation or will you come back to Lifeforce Rec. with the new album?

As we know, life is full of surprises, so if the next Devilish Impressions album will be released, it will be sooner Non Serviam than Lifeforce. Not that I have anything against the latter, because they fulfilled their obligations towards the band as best they could; the decision to move under the Non Serviam wings was, however, dictated by the need for a change and the very enthusiastic attitude of the Dutch to our work.

Returning to the people who passed through D.I. ranks and there were more than few of them; are there people with whom you like to meet up and you regret losing?

Among them there are those with whom I am still friends or colleagues, with whom I gladly meet or would like to meet but there are also those for whom there is no place in my life anymore. Both are well aware of which group they belong to. 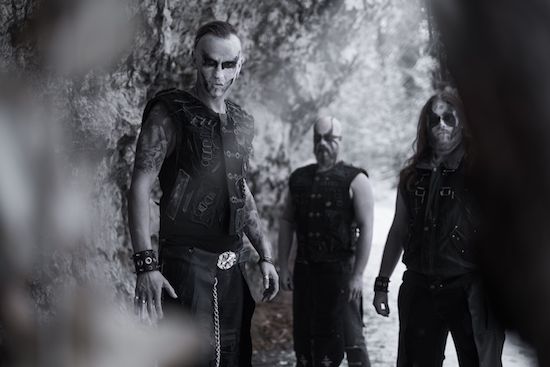 Another group of people connected with D.I. are so-called guests. Will the successor of "The I" also be marked by any interesting personalities?

As I mentioned, we don't look so far into the future at the moment. Never before have we planned in advance the idea of inviting one or another musician into our recordings. Such things happened rather at the recording stage, when one of us thought that Cezar, Orion or Mike Wead would sound interesting in one song or another. It will be no different on the next Devilish Impressions album.

I know about your fascination with Impressive-Art Studio, I understand, because I was crushed by several productions of Przemek Nowak. Has anything changed in this matter recently?

I made friends with Przemek from Impressive Art and I have been in quite regular contact since we shook hands for the first time while working on "The I". From time to time, we jointly discuss this or that in case of any future productions. I can't, or rather can't say specifically right now about exactly what and how, but it is certain that we will be in his studio under one banner or another.

To take advantage of this opportunity, can you reveal where the announced some time ago the new Asgaard release is seemingly stuck?

Stuck... right. In a way, due to my fault, or rather the circumstances in which I have to function, for about over a year now the release has been lying and waiting for the registration of vocal parts only. Both lyrics and 90% of melodic lines are ready, but the problem is to match availability of my dates with studio ones. However, there is a good chance that the whole thing will be finalized in October of this year.

Thanks for the sweat shed while responding to the questions (laughs) and I hope to see you soon on both sides of the stage.

I also thank you and I strongly encourage everyone to taste the words and sounds of "Postmortem Whispering Crows"!!