Some bands cite aiming for the big stage as being a reason to play, while others find fulfillment dwelling in secrecy. Such is the case with the Greek black metal outfit, Primeval Mass. Engineered into existence in the year MM by one Orth that continues to steer the project through constant evolution; as each release has transcended his prior works, "Nine Altars" is the next step in delivering on the declaration. With the material offering much resonance, it comes as a near irresistible effort to put down after being experienced. MetalBite was fortunate to hear the words behind Primeval Mass' golden hand whom with the aid of companions conjured an architectural tempest on "Nine Altars". 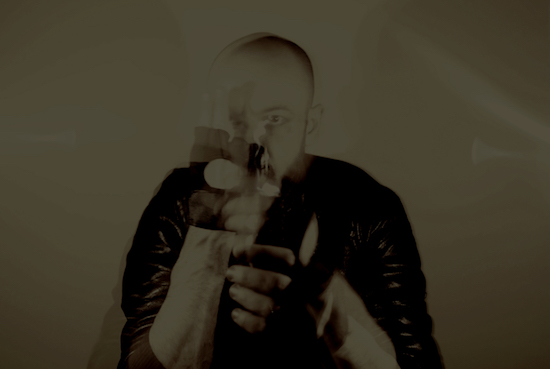 How did the idea of the Primeval Mass come about?

Being a young metalhead with immense inspiration and will to create something unique through the black side of heavy metal, I formed Primeval Mass and with time I realized my musical abilities were decent enough to publicly present my own songs. Certain philosophical aspects and experiences I desired to express should not be ignored as primary factors.

The project has existed since the year 2000, 20 years later your fourth album emerges, "Nine Altars". What does the album signify as a musician?

The most challenging goal so far and the most difficult effort to plan, settle and perform. "Nine Altars" is the album that balances more than ever emotion and technique and all the diverse influences that forged the Primeval Mass identity and personal sound. It is the no.1 album I would like Primeval Mass to be remembered.

The music compositions on "Nine Altars" are very reminiscent of traditional black/heavy/speed metal, what bands would you cite as major influences of Primeval Mass' sound?

Influences responsible for the Primeval Mass sound derive from thrash metal, first/second black metal wave, NWOBHM, US power metal, some progressive rock all mingled, filtered and expressed from the eye of the beholder. Some of my most beloved bands whose unquestionable masterpieces urged me in their way to create my own music are Destruction, (early) Slayer, Voivod, Hallows Eve, Bathory, Coroner, Mercyful Fate, Exciter, Stormwitch, Rush, Iron Maiden, Angel Witch, Crimson Glory amongst others.

The record is also a bit technical, actually impressive to a degree, was it challenging creating a song such as 'Burning Sorcery' or 'Orphne'?

You could say that 'Burning Sorcery' i.e. wasn't the easiest task to perform. But it wasn't meant to be easy anyway.

What are you trying to achieve with "Nine Altars"?

The band is very obscure, especially for one that has been around since 2000, is it Greece or yourself that has had the project walk within the shadows?

Tell us a bit about the artwork but not too much to give away the interpretation.

There are certain elements in LGN's art sketch that when discovered and placed in the correct order one may have a useful tool for his individual awakening. This is the only thing I can currently say.
From where does one draw inspiration to create an album of such intensity? Literally, from everything you can experience. Living the life you choose to live definitely helps.

What was the experience like creating such a record? Did you encounter any roadblocks?

An unforgettable and educative experience that will be definitely useful in future works. Roadblocks indeed occurred but I imagine "Nine Altars" would not be that intense without them.

I understand this is Primeval Mass' most diverse album; what is the reason for such a noticeable departure from the more conservative style of playing the format?

As in every Primeval Mass release the composing procedure is very free. Alignment to the cause is what matters and the demands of what is considered as "the next step". Although all parts were worked to the bone, everything came out very naturally,

Thank you. Concerning 'The Hourglass Still', all writing criteria were different from any other Primeval Mass song with the exception of "Behind the Watching Shadows" from "To Empyrean Thrones" where I did something similar. What mattered was emotion alone and delivering what should be delivered one take under circumstances that should not be mentioned here.

Can you tell us a tiny bit about 'The Hourglass Still's message/meaning?

Let's say this is a song of commitment, forward movement and remembering some unfading promises.

If it works for the listener, of course. What is written inside nevertheless is far from arbitrary and I feel those interested would find much more if they search for what actually is hidden inside.

As a musician involved in making black metal, do you approve of the direction the genre has been going since the dawn of the 2000s?

I feel I am not the appropriate person to answer that, I find very limited interest in black metal releases since many years now.

In what ways do you try to challenge yourself as a musician apart from incorporating different styles and elements to Primeval Mass' sound?

Developing my technique above all. In this record I worked on different ways of expression which worked perfectly fine.

Is there a certain criteria other than being proficient at playing one's instrument that must be met before assisting in your project?

Philosophical agreements etc? Not necessarily. The combination of friendship and talent was enough in this case.

Tell us a bit about how the other contributing musicians on the album came into the picture.

George C. who arranged the drums owns Ignite studio and is also responsible for the mixing and mastering of "Nine Altars". We have discussed this co-operation during the Witchcrawl production and performed his tasks in a perfect way. Merkaal and Alchemoth, both ex-Primeval Mass vocalists could not be absent in a record like this. Alchemoth's last appearence was on "Enlightened Black Gnosis" demo and some memories arose when he entered the booth to spit his verses on 'Night Rapture'. Merkaal came, saw and conquered on 'Orphne', simply. Semjaza, a fellow metal maniac shared with me the guitar solos on 'Amidst Twin Horizons', specifically delivered the second one and kicked some serious ass. Finally, my Witchcrawl mates Tasos Molyviatis (also in Akrotheism) screamed his guts out on 'Firecrowned' and Yiannis K. from Serpent Noir recorded a beautiful acoustic guitar lead on the closing part of 'The Hourglass Still'.

Katoptron IX Records is a relatively small label, however their bands are of a top caliber eg. Wargoat, how did you manage to gain their attention?

Katoptron IX is Primeval Mass' portal to the public and was my desire and choice rather to compromise with some offers, to retain control of my music and work things the way I want.

Metalbite wishes the best for "Nine Altars", any message/s to your supporters? The stage is yours…

Thank you for the interview and interest in Primeval Mass. May you find in "Nine Altars" what lurks inside. "INA QBL" Orth.