All systems go! With 'A Saucerful of Secrets' era Pink Floyd's spacey sound, mixed with the early Norwegian black metal of Darkthrone and the progressive sensibility of King Crimson, Oranssi Pazuzu was born. After the release of their third and most mature effort 'Valonielu', guitarist, vocalist Jus-His recently sat down with MetalBite to discuss the bands unique sound.


"Without the psychedelic elements, we would just be Black Pazuzu" 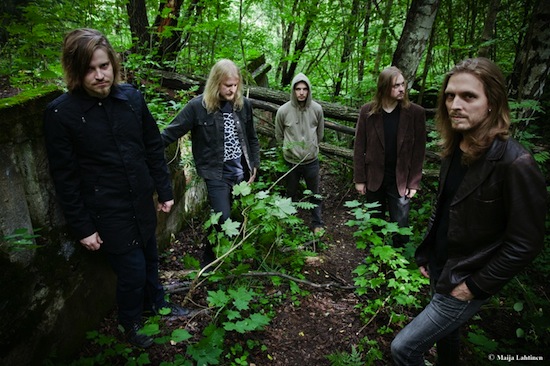 First I would like to thank you for taking the time to do this little Q & A with me. You started with the band Kuolleet Intiaanit which is more of a rock/punk band. What made you transition to black metal with Oranssi Pazuzu?

No problem. Thanks for taking the interest.

Some of the harmonies in Kuolleet Intiaanit music already flirted with dark atmosphere. Especially towards the final years of the band. So it was something that happened quite naturally. Me and Ontto had been talking about making darker music, but with a hypnotic and perhaps even avant-garde twist. After KI stopped making music, the time was right for Oranssi Pazuzu to emerge.

Although there is a definite black metal vibe going on with Pazuzu, there is just as much psychedelia in the sound. What was the idea that you were going for when the band started? How do you feel the band has grown over the three albums?

We're a fusion band that is always influenced on things that we like and that are happening around. We honor the music and the attitude towards making music of the old prog bands from the 60's and 70's. Like King Crimson, Genesis, Wigwam, etc. So keeping an open mind is important for us. As for the bands original idea in a nutshell. It was to combine black metal type of darkness to a vivid colorful psychedelia to make music that had lots of layers and that would be very hypnotic at the same time. A finnish band called Circle was a huge influence with many second wave black metal bands like Darkthrone, Emperor, Burzum. Music and musical philosophies of krautrock bands like Can were a big influence as well.

The song structures on 'Valonielu' are more linear than the previous albums. Was this your intention going in or did this just happen to come about during the writing process? When the band is in the writing process where do you draw inspiration from?

We had kind of a loose idea of combing meditative jamming with more linear song writing and riffing. We tried to get the atmosphere to hit hard at the precise moment that any riff or part begun. The producer Jaime Gomez Arellano understood our idea sound wise as well.

When making new music, we draw inspiration from other things than music. Like physics, nature, evolution, science, other art forms, etc. We often describe to each other how some part should sound in a way that has nothing to do with music. It makes it more interesting and gets everyone's imagination flowing. For example instead of talking about chords or notes, we talk about sinking into a black hole and trying to make music out of that idea. Sometimes it works out nicely, sometimes its awful, but it sure is inspiring and more interesting for us that way. We have some new ideas to take this type of composing further. Cant wait to test them out in our laboratory.

'Valonielu' has a concept feel to it rather than just a collection of songs. Is this a concept album?

Well, like I said we are prog fans so we always try to make a whole record listening experience. Everything has to transfer smoothly and the songs and the parts have create a journey. A trip.

But the lyrical concept of Valonielu is very loose. Ontto has made lyrics that at least for me reflect on mind and consciousness. What happens when reality collides with our feeble senses? And what would reality actually be without consciousness? Humans make though patterns that sink deep and they are hard to change or rearrange. 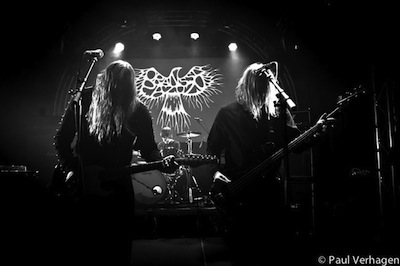 You mentioned being fans of 1960's and 1970's prog rock. When playing live do you improvise like many of the bands of that era did?

We often leave room for improvisation in some parts of the songs. Evill and Moit are constantly improvising a lot. Most of the parts have composed in a way that includes jamming so improvising during shows comes naturally. We also tend to have at least one 100% improvised part during a live performance. Someone starts playing sounds and the rest of us pick it up from there. It might be just ambient or it might develop into a jam that has grooves and riffs. And sometimes it sounds really good and sometimes horrendous. But that's the beauty in improvisation. You never know what happens. It adds a new edge and even a sense danger to the performance.

Every song since the inception of the band has been in Finnish. Do you ever plan on writing in English? Do you feel your native tongue works better?

Finnish is the only language we can use to express our thoughts 100%. With English we would not be able to access as many levels. And like our music, the lyrics should be multi-layered. Ontto does the lyrics, but I think it would effect my input on the vocals as well if we would change the language. I can relate to Finnish better and use the whole emotional spectrum, and I also like the fact that Finnish language requires more force to shout. You have to really push yourself to the limit to make the words sound aggressive and harsh. Probably because of the amount of vowels.

The name Orannsi Pazuzu or Orange Pazuzu, What is the meaning behind the name? I know Pazuzu is an ancient Babylonian demon and is also the demon that possesses Regan in the film "The Exorcist" is it the film that inspired the name? And why orange? Is this a reflection of what you said earlier with orange being the vivid color and Pazuzu representing the dark side or black metal side of the band?

Yeah, Pazuzu represents the dark matter in our music. Ontto once said it nicely. Without the psychedelic elements, we would be just Black Pazuzu. It would be like a black and white movie. Orange adds the psychedelic layers and the colors. It dances on top of the black and white background. Orange has also said to be the color of the first rays after big bang. Who knows, but we have always been suckers for cosmic stuff. 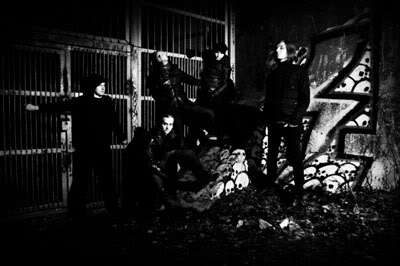 Back to improvising. First off let me say that it is something that I have always loved in a live performance and something that I wish more metal bands would do. Another thing I always wish more metal bands would do is to play a different set list every night. Does Oranssi Pazuzu play different set lists on each night of the the tour? If not is this something you would consider doing as you back catalog grows?

We usually have some options so we can change the set and keep it fresh. I think it will be important when doing a longer tour, which we haven't done yet, though.

Does Improvisation play a part in the song writing process? When you go into, as you called it earlier, the laboratory, are there songs written and worked out or do you guys jam out and create what later turns into the finished product?

Yeah, we definitely want to bounce every idea around by jamming, so that we find an angle that makes the idea sort of meaningful to all of us. Sometimes we just start to jam, record everything, listen to the stuff and maybe take some part to a closer inspection and start forming a song out of it. We try to give each song enough time to develop naturally and trying not to push the structure and the song to a "complete" mode too early.

Finally, where do you see Oranssi Pazuzu heading over the next five to ten years? Is this even something that you think about or is just writing the next song, album, playing the next show? Also, with the critical success of 'Valonielu', are there any plans of a U.S. tour?

We plan to write, record and play new music and develop as artists. Music and exploration of art must always come first. Being able to do albums and shows is absolutely great and we plan to do them as much as possible in the years to come, but always in a way that allows us to have enough time to explore new musical plains and write new stuff.

And would love to do a U.S. tour at some point, but there are no solid plans for that at this point.

I would like to thank you again for taking the time to sit down and provide some insight into one of most creative and original bands in the metal scene today. Please keep pushing the limits and traveling deeper into the cosmos.

Thank you, Brian. All the best!