If it comes to brutal sounds, Poland must have a deal with the horned one for never-ending stream of satanic semen, cause not only they come in great numbers but also in a very potent quality. Northern Plague is a very young bastard child that is making noise in their country already, and with great potential shown on new album they are aiming for global domination. After listening to their debut "Manifesto" which is a solid piece of savage and barbaric violence, I had to ask few questions about the new 'Plague' that invaded 'Northern' Europe. Drummer Damyen was kind enough to answer all my questions. 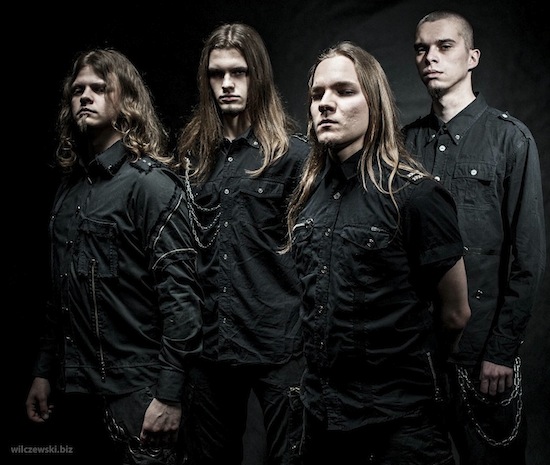 So tell me: how do you start a band in a small city in northern Poland? Was it hard to find people that shared the same enthusiasm?

Well... It really depends. I think it's a matter of luck, sometimes you just have friends that share the same passion, same ideas as you, sometimes it's harder to find people that you can cooperate with. The formula stands as with many bands, have some friends to jam around with, then it gets more serious, some people stay, some don't and you find people more serious to replace them. I'm one of those who came latter to Northern Plague.

It took you over 3 years since "Blizzard Of The North" to release debut album, why? What took so long?

We had quite a lot of playing and promoting done for Blizzard of the North. It did quite well, got us some international attention within zines, sites. We wanted to squeeze as much experience as we could from that first release cycle, before going out with our first LongPlay offering. Also we wrote the material in between tours and shows, so we didn't feel anything was rushed. I think it was a good decision.

What inspires you to write music for the horned one?

The question is do we really write music for the horned one... I guess not. It's not the topic of our lyrics, and we never claimed to play music for any other reason other than the fact that we just love what we do. Music is our passion and we have the ambition to make it a way of life. That's what we chose to do and we're tearing down walls to make it happen, often going against the grain. It's sort of rebellious in the sense that we don't want to be people going to work from Monday to Friday and live the simple, boring life that millions do. We want to challenge ourselves to become something we want, and not something that we had to accept our life has become.

I'm not equipped with an album booklet so can you share lyrical concept behind "Manifesto"? It's a manifest of what?

In many ways it's a manifest of where we are as a band, and where we stand as human. Where live in times of conflicts, in times of instability, and when you trace back to the roots of our civilization it's always been that way. Civilizations have risen and fallen. Maybe we're on the edge of our own doom.

From a musical side you already sound very tight and precise, how often do you practice and how much time you actually spend playing compared to drinking?

Compared to drinking - quite a lot. That's because we don't drink that much. At the moment we have our little break because it was a long ride to work on "Manifesto", record it, play some tours, do as much as we could before the release, promoting it and stuff... now we have our time to recharge and soon we will strike again with some shows in Europe.

I can hear influences of bands like Hate, Vader, Behemoth, Trauma and so on in your music... Which one is your favorite? What's your vision of how you see Northern Plague sounding in the future? Ever changing, looking for new solutions or more or less you want to stay within boundaries of death metal? 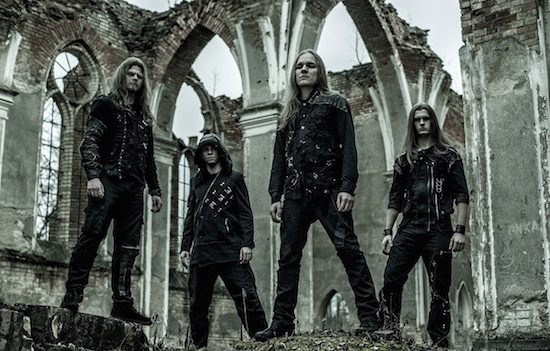 You can expect the band to continue evolving. We already know that for the next album we will try to go in a different direction than we did with "Manifesto" but it's too early to play with predictions.

Why did you choose 'Malta' to record "Manifesto"? Hertz wasn't good enough anymore...

Of course HERTZ was good enough, they are the best, and that's why we wanted them to do the mastering process. When it comes to the decision why Malta was recording with us this time and not Wieslawski Bros is because we wanted to try someone else. Every producer has a different way of doing things in the studio, and we wanted to try working with Malta because of the work he's done in the past. That was a great decision, we really enjoyed working with him and we're proud of the album that resulted. I would be very happy if we'd work together again next time.

Being from small city where everyone knows everyone - how are you guys perceived? Local music stars or the ‘plague’ playing satanic music?

I would say that neither. Sure there are those who recognize us, but I'd say mostly people from other bands and people who have seen us perform.

Did local preacher try to bless your house and exorcise your demons?

How many times did you guys have problems with law? Any arrests under influence of local moonshine?

Not once. We try to stay out of trouble.

I see that Folter Records started setting you up with European shows already? Are you satisfied with that relationship so far and are you ready to spend your life on the road?

Sure, we can't wait! If you want to play in a band... being on the road is what you want. We're really excited for the next months because plans are big. Keep your eyes opened.

If you could pick a perfect tour lineup who would you like to see on that bill with Northern Plague?

Did you already start thinking about new record, write new material or we’ll again have to wait 3-4 years for new album?

I'd say 1,5-2 years. We got a lot of playing to do before we can start thinking about the next album. For now we concentrate on "Manifesto".

Anything you’d like to add, get out of your system?

Thanks for a fun interview and best regards to everyone supporting MetalBite.