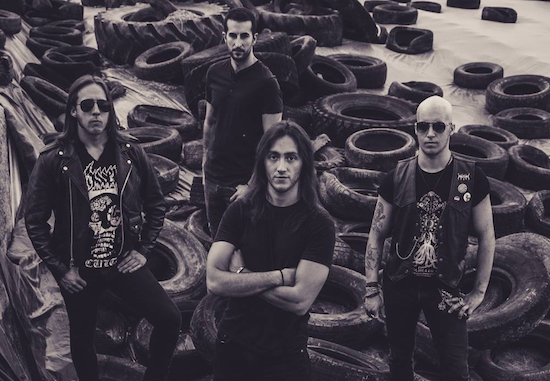 Spanish thrash quartet VIOLBLAST have revealed a music video for an opening track 'Trivialization Of Murder', of their second full length album Theater of Despair, set for release on January 11th 2019 via Hostile Media.

Guitarist Sebas Silvera comments, "The song's about an evil germ that we all have inside, and what would happen if we let that germ take control of us. We shot the video at our rehearsal space and it's totally DIY. We directed the video ourselves, set up lights etc, and two friends who had a camera and knew how to use it, Ruben Izquierdo and Jordi Garcia, came up, and helped us recording the video. It was Andrew our vocalist who came up with a rough idea of the video, and throughout the process, we all contributed with ideas to make the video more appropriate with what we all wanted to make."