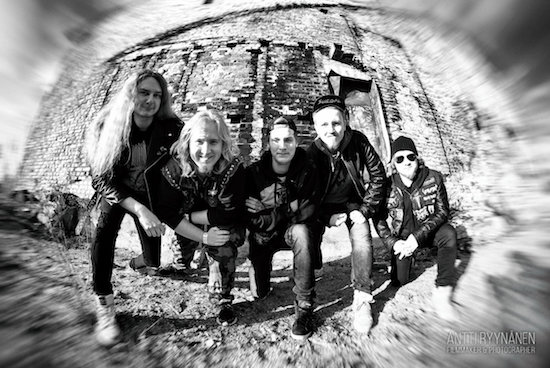 The band comments: "The road from our previous release music video/single "Fight Or Die" to the release of our debut album has been long but rewarding. The composing process of the album has made us grow as a musicians and "Fooled Again" is a primary example of that. It was the first brand new song composed for the album. It contains the attitude and aggressiveness combining the new and old school elements, which has worked as a foundation of our Thrash Metal. Sound vice for the album we were looking for more grandiosity and tightness, and we achieved that in the studio with "Fooled Again", which we have used as a base for the album"