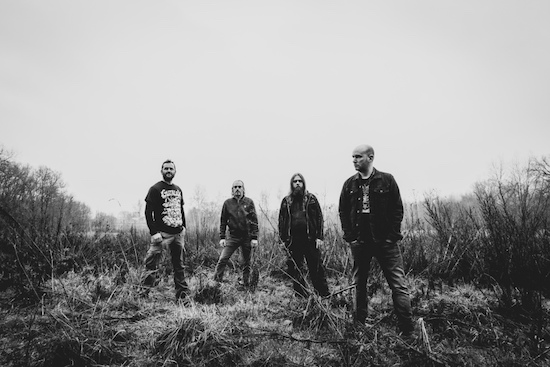 Belgium mettalers KLUDDE released first video 'Schramoeille', taken from upcoming album In De Kwelm to be released on May 24th via Consouling Sounds.

The song is about the devastating fire in the Sint-Martinus church in Aalst in 1947. The biggest church in Aalst was not burned down by black metal musicians for the sake of clarity, but the lyrics do have a nod to the church burns in the first half of the 90s in Norway. The video accompanying the song also contains old images of the church.