This Gift Is A Curse - News 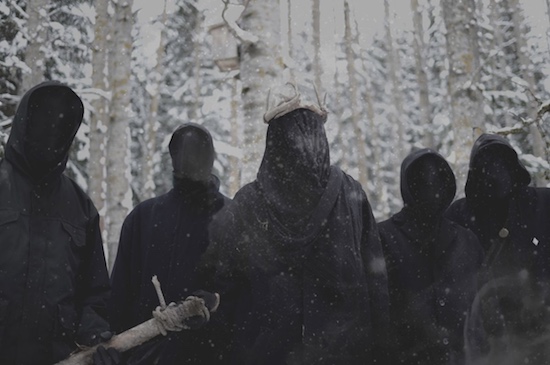 Swedish outfit THIS GIFT IS A CURSE unveiled the third song taken from the band's upcoming album A Throne Of Ash, to be released via Season of Mist on June 14th 2019. The dark track 'Monuments For Dead Gods' can now be viewed below.

The band comments on the track: "'Monuments for Dead Gods' is a dark sludge metal epos that pays homage to the inner destructive forces that seem to inhabit all humankind. A never-ending turmoil that both drives man and in the end, lead him to his inevitable doom. Both on a personal level and as a collective, the lyrics tell about a protagonist who finds himself falling in a complete darkness, not really knowing how or why he ended up there. He then performs a ritual to get free from this captive state, uttering ancient words into the abyss as well as carving old forbidden symbols into the framework of reality. Doing so manages to awake a dead star, creating a black hole and setting in motion the destruction of the world.

"'Life,' he learns, was just a great mirage set inside a cold and crumbling inner universe. The 'dead gods' in this story are the former truths that ruled his life. Among the shattered ruins of his own mind and as everything he knows is breaking apart by the seams, he can finally see it clearly; there is no big truths nor lies, there is no end nor beginning – only a great void as we go into oblivion. The song and its underlying storyline is beautifully interpreted with great passion and perceptiveness by visual artist / video maker Chariot of Black Moth."