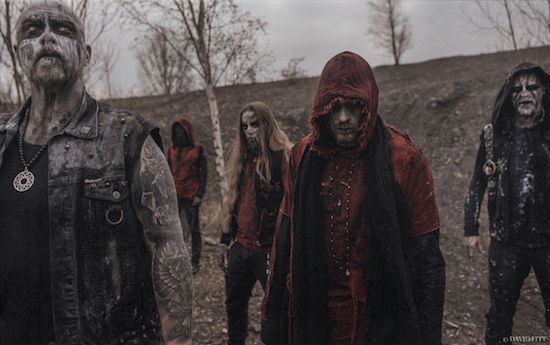 Cult black metal band ENTHRONED have released the new track from their upcoming record Cold Black Suns. The new album will be released via Season of Mist on June 7th, 2019 and the song 'Vapula Omega' is streaming below.

The band comments: "Stone by stone we reveal the temple that is “Cold Black Suns”. “Vapula Omega”, the third facet of the prism, is the scrying mirror that shows the face one does not want to see within our modern culture, where labour and careers are being worshipped as the icons of old. With this one, we want to show that Satanism and demonology also have their place in our contemporary culture."