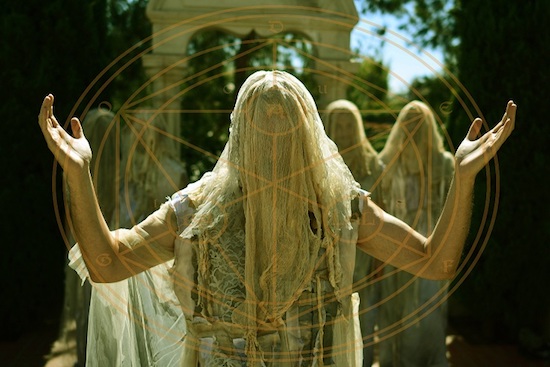 US death metallers DEFIXION have just unveiled a lyric video for the song 'Mazacrium', from their debut EP album titled, Tabella Defixionis, scheduled for June 18th, 2019 release through Xtreem Music.

Band comments: "'Mazacrium' is the 5th circle in our daefixio ritual steps, represented by a human skull, a ritual knife and an animal skull, in the hexagrammic design and concept. Sometimes the petitioner must offer a sacrifice in blood and flesh to placate the divine force and to implore the necromantic deity (Virtutem)."