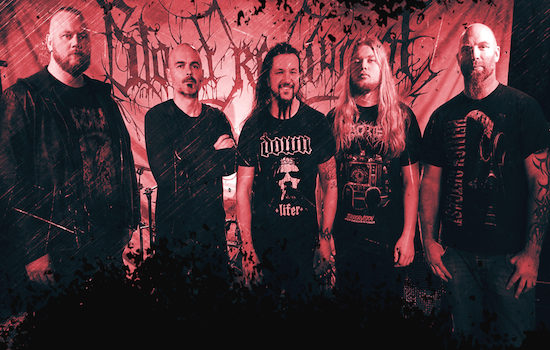 Today, Norwegian death metal masters, BLOOD RED THRONE release their new video-clip for the first single 'Skyggemannen'. The song, is a first preview of their new album Fit To Kill, to be released in September 13th, 2019 by Mighty Music.

Vocalist Yngve "Bolt" Christiansen comments: "'Skyggemannen' or, The Man in the Shadow, is a song about the conflict between a man's personal duality and struggle in whom to be, why to be, and how to overcome a battle which is only seen in your own mirror. It's written in Norwegian, like "Dødens Makt" from our self-titled album, cause I want a clear stamp of where we are from, on the record".