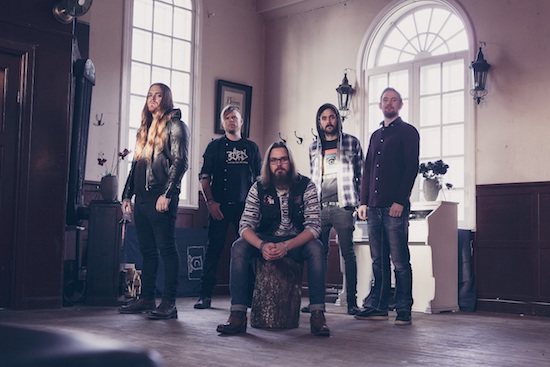 In anticipation of their new studio album Garden Of Storms, Sweden's melodic, progressive death/doom metal masters IN MOURNING, unveiled the first music video for the single titled 'Black Storm' New record is due for release on October 4th, 2019 via Agonia Records.

IN MOURNING commented on the new album: "We made a new album! It's called The Garden of Storms ans it is the final piece in a trilogy which started with The Weight of Oceans. We've headed back.. and forward, at the same time. We're back recording with Jonas Kjellgren who made the sound of our earlier albums, yet we have a lot of things that are new with this album. The band constellation is new with Sebastian and Jocke, we've worked in ways we've never done before, new vibes and new songs even if we planted the seeds to some of them a long time ago. In times where things kind of seem to scatter and change a lot around us, this still feels like our most solid, honest and complete album to date".