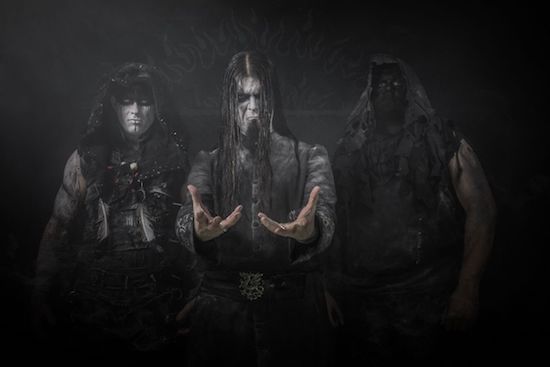 Canadian blackened death metallers NECRONOMICON are premiering the first song 'Paradise Lost', from their upcoming album UNUS. The record will be released via Season of Mist on October 18th, 2019.

Vocalist Rob the Witch comments: "It's not what we gain in this life, but what we have lost as living beings that lost their way in conforming against our true nature to fit in a world that in reality is just an illusion."