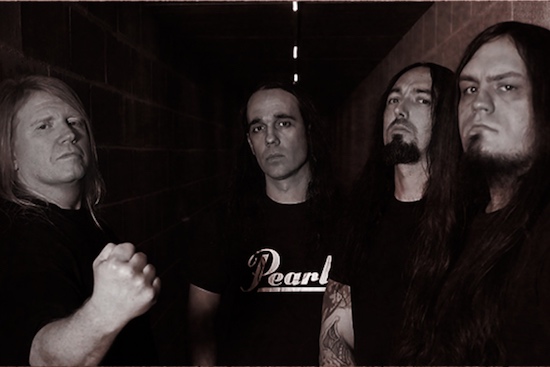 Karl Sanders comments, "'Vile Nilotic Rites' was a depraved yet fun song to write and record. Now that we are playing it live on tour, we are for sure enjoying sharing the song onstage with metal fans. 'Vile' is a catchy track with a lot of variety in the tempo; from crushing heavy, to irresistible mid-paced groove, to uptempo blasting. It also has a creeping, heavy evil vibe yet with just the right amount of technicality to be an undeniably fun blast to play. The lyrics are some of my favorite on the album as are the vocal performances, par excellence from Brian and Brad, as well as some extremely brutal yet tasteful and enjoyable drum work from George. 'Vile' was one of the first songs written for this album so we have certainly impatiently waited a long time to be able to bring this track to metal fans."