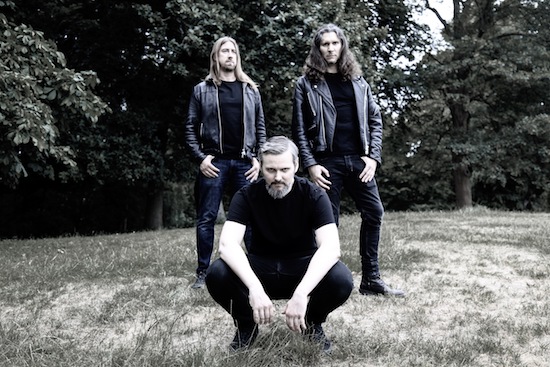 The Watcher says: "'Nebula' quite specifically addresses mankind's ongoing quest to uncover knowledge and delve ever further through the secrets of the universe to uncover 'truth.' Of course, when one is confronted with truths, these can often be too much to cope with, too much for the human mind to accept. This is the real essence of the piece - standing on the precipice of revelation, being faced with the unvarnished, stark, cold harshness of reality and consciously stepping back from this, fleeing towards the warming embrace of ignorance and denial."