A little over a month ago, we've held a premiere of the GESCHLECHT's video for 'Cursed' (you can watch it here) and today, on the eve of the album's release date, we're once again hosting the premiere of the visualizer video for the closing track 'An Infinite Nightmare'.

The final chapter to this journey embarks with majestic and delicate intro that quickly goes into the heavy groove of chugging guitars and melodic chorus that ends as abruptly as failed mission in a video game. And as in any good video game, you'll quickly go to the last checkpoint and listen to it again and again, until the mission of getting this melody stuck in your head is complete. 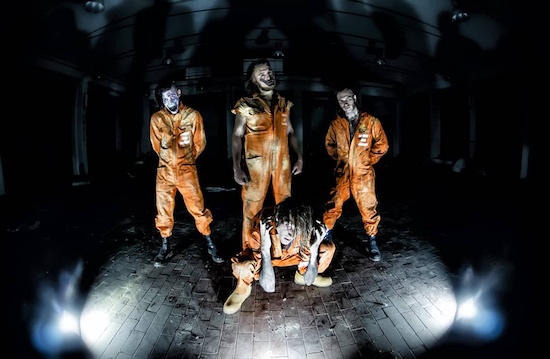 "New Load Continue" is a concept album set inside a video game with following band's description:

The story is about a player (the protagonist) who, once the game has started, will be swallowed up by the game and find himself having to complete the questline of the game in first person. His task will be to break the curse that plagues the 5 great warriors of the game world who will accompany him throughout his journey. The curse brings the warriors in a constant state of inebriation, depriving them of their powers as well and rendering them unable to perform their duty, or defeat the evil demons and gods. It was thrown right from the last of these wicked gods when it was defeated and only the last of the gems imbued with the power of the blood moon could break it. The player will then have to travel the game world to find the gem, in a race against a prophecy that announces the rise of a new god.