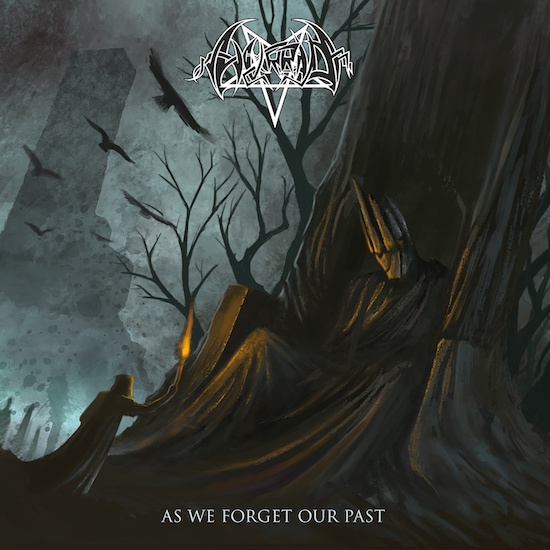 Its unbelievable HORRID has been maneuvering the death metal mire since 1989 and has gotten by till now. They are one of the bands that started underground and still are underground. Now perceived as a legendary Italian death metal structure, after many lineup changes through the years, the trio of Mario Plumari, Simone Comerio and Davide Ariostini look to pen a new chapter in it's existence whilst exhuming some of the traits that has brought the name this far. 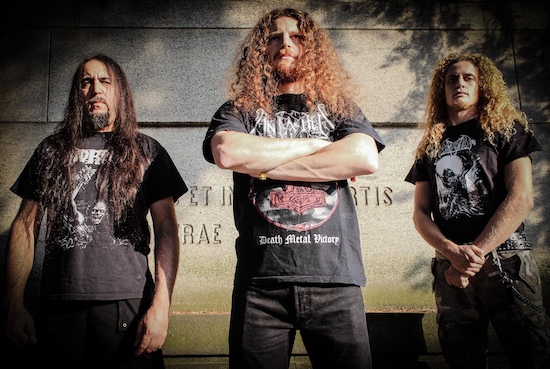 Due out on Dunkelheit Produktionen, "As We Forget Our Past" is the new milestone achieved by HORRID in their 30-year reign and 'Immortal Passion' is a preview of what you can expect from a godlike death metal entity caped in the mold of wisdom and skill. It shows the effect of an aging band steered by Mario Plumari (Belfagor) through the highs and lows of the genre.

Aging invokes evolution and you can hear it in the Swedish styled thrashing and the grooviness matched with rawness retained in the production. Structurally the song itself is all you would come to expect from a band lead by a death metal elder; confident drumming, aching death growls and juicy guitaring. You would feel robbed if only now hearing of Horrid, the name has held weight for more than a quarter century; that force is soon to fall upon the inhabitants of the underground December 31st, 2019.