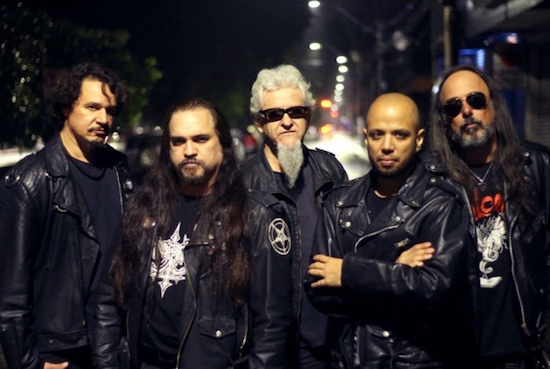 Today South American cult act VULCANO release the first single and video 'Bride Of Satan' from their upcoming new album "Eye In Hell". The Brazilian black/thrash metal masters will unleash new opus via Mighty Music in the first quarter of 2020.

"Vulcano has always been a DIY band in essence, since it's very first album", states Zhema. "But for the first time in our almost 39-year career, we signed a record deal with a label with name and focus on Metal. We're very proud to be now in a roster with renamed artists - some of them created in the same era we did - like Tygers of Pan Tang and Artillery", he continues. "This union gave us extra motivation and energy to keep going and I believe we still have a lot of albums and shows ahead".