MB Premiere and Review: XPUS - 'Into The Sphere Of Madness' 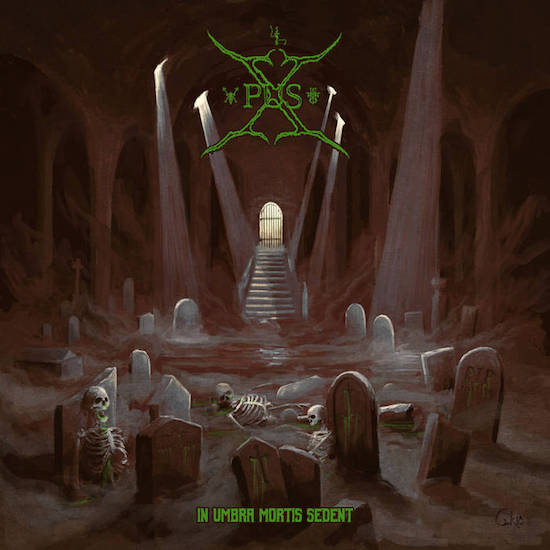 On April 24th, 2020, graveyard-crawling death metal act XPUS will launch the second full-length record, "In Umbra Mortis Sedent" via Transcending Obscurity Records, but today we're proud to present the frightening and dense, dark energy from the new single 'Into the Sphere of Madness'.

Pardon me for not being aware of XPUS earlier, and I can't blame anyone that may be unfortunate too, but you really can't keep track of them all especially in these modern times. Think Kommandant and Goatpenis bonded and merged into one compound, perhaps not the best example but somewhere along the lines. The end result, an intimidating, heavyweight type of death and black metal. "In Umbra Mortis Sedent" is the band's second full length record since 2015 with an EP prior to their debut, but now the band finds itself dusting-off the debris of its lengthy slumber and stretching its arms before carrying-on with their duties. Pick any song and it could be the highlight of "In Umbra Mortis Sedent"; full throttle, no-nonsense drumming, a discharge of fervent riffs and hulking vocals as though you got this guys order of pepperoni pizza wrong; mama mia! These gentlemen don't need a handout from any band/s; even though they appear derivative of a select few. 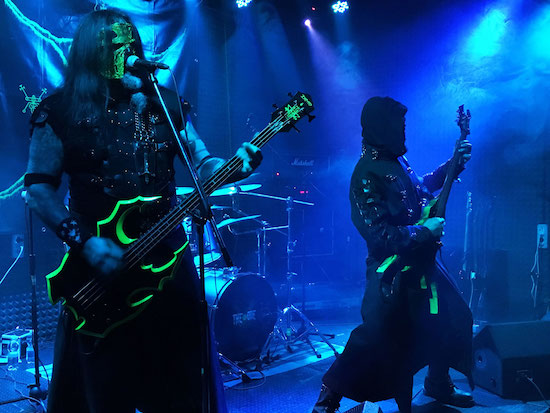 The list of derivatives/'influences don't end with Goatpenis, Wargoat comes to mind when listening to the like of 'Into the Spheres of Madness' and 'Righteous Hands of Molestation' that appear slightly idiosyncratic to 'Unapproachable Laws of the Abyss' in terms of song construct. Bringing me to the riffing and drumming on "In Umbra Mortis Sedent", you'd discover they sync rather nicely and under circumspect examination, the drums seem to replicate the guitar patterns note for note which is quite the feat if you consider how technical at times the music could appear. Even the vocalist chimes in sometimes as an aid to the synchronized technics of drummer Ulviros and guitarist Mornak, thereby giving the album a unified feel. With this brotherly and expert exhibition of a three-piece black/death metal band ongoing, In Umbra Mortis Sedent's outlook persists above the common and forgettable associations within the ambit.

Full review of the XPUS's new album, "In Umbra Mortis Sedent" can be found here.