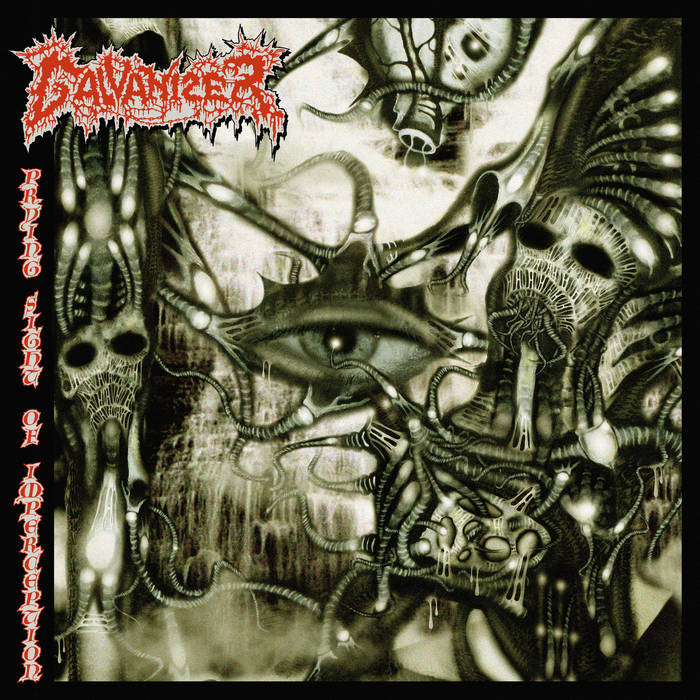 The number of times I see "old-school death metal", "OSDM revival", etc. thrown around like it's an automatic guarantee something is going to be worth my money is far too frequent, and it's caused me to shy away from the term when I see it in my promo emails, rather than gravitate to it like I used to. Carefully parsing through will reveal some diamonds in the rough like Undeath, but at this point, it almost seems like anything that doesn't explicitly take influence from modern uber-guttural slam is characterized as "old school" or "90s inspired". It's almost like anything that is death metal will have some traits of the bands that created the genre...shocker.

I mention this because GALVANIZER is undoubtedly neck deep in the old-school ethos. Their album cover could be a subtle nod to Mexican death gods Cenotaph with that Giger-esque eye on the cover, they have the organic sound that doesn't doll up the guitar and vocal tone much, subtle influences from thrash and crust keeps things from becoming too obfuscating, and when the first proper track kicks in you immediately get that punchy immediacy and groove drenched in morbidity and filth. The Demilich-inspired low gurgles are almost an afterthought when you're searching for 90s references. Everything screams "OSDM throwback", and if this were any other band (with the notable exception of Undeath), I wouldn't be saying that as if it was an endorsement.

However, I thoroughly encourage you to listen to Prying Sight Of Imperception, mostly for one simple reason: it's fucking fun! GALVANIZER nailed the aesthetic perfectly, but wasn't content caking the guitars in reverb and slapping on some atonal guitar leads to create lazy "atmosphere". Instead, they opted for more of a straightforward "worship the big riff" approach a la Exhumed, Convulse, and Acephalix, with tight rhythmic transitions and tinges of melodic nuance enhancing the entire mix and preventing things from becoming too lowbrow. 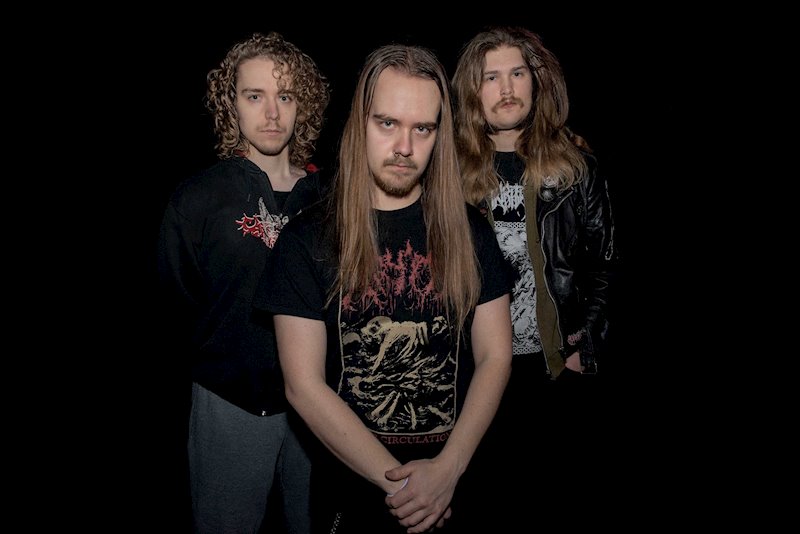 This is one of those rare albums that has enough frills to flatter your pretentious artistic sensibilities, but is also gritty and down-to-earth in a way that will please all the beer-swilling mosh fiends. The memorable riffs are aplenty, and the energy and momentum of the songs is almost too much for the band to contain. It feels like the band is new enough to still be fresh with ideas and enthusiasm, but they've refined their execution to make an album that keeps you interested all the way through. They don't jam all the chunkiest grooves into one track, they tease you a little bit in each song to keep you dangling and wanting more.

Prying Sight Of Imperception uses simple punchiness to deliver its point, but the structures are more intricate than the guitars might suggest. They use small, cleverly placed flourishes of technical musicianship to shift the tempo and where the emphasis is in the groove. It's catchy enough to get you right off the bat, it has the depth to reward you in the long haul, and long story short it's my candidate for the filthiest death metal album of the year so far. Listen to it!

GALVANIZER's highly anticipated second album, Prying Sight Of Imperception, will be released on July 26th, 2021 by Me Saco Un Ojo which will handle the vinyl LP version while Everlasting Spew will handle the CD.