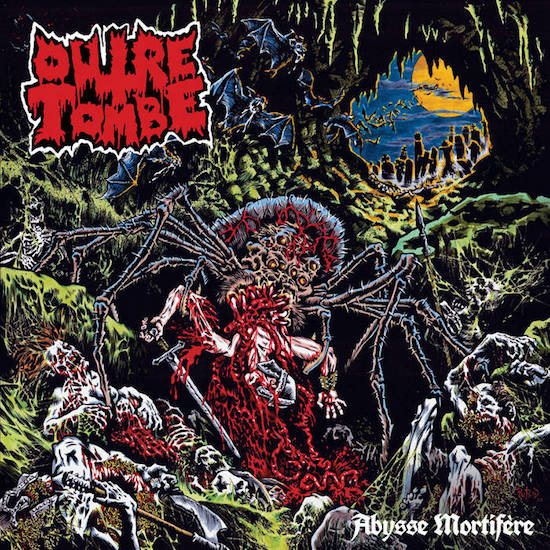 I've already done a lot of diatribes about the whole "old school death metal revival" trend so instead of saying what everyone already has, let's get to talk about one of the absolute best acts in the trend, Quebec's own OUTRE-TOMBE and their third full length Abysse Mortifère, to be released on Halloween (appropriate) by Temple of Mystery Records.

So yeah, OUTRE-TOMBE are one of the many bands that lighted the torch for the OSDM trend of the last couple of years, alongside their fellow Canadian compatriots Tomb Mold, and for OUTRE-TOMBE in particular their first 2 records both cemented them as one of the best OSDM acts but also a really good band in their own right. Their brand of classic death metal which focuses on thick riffs that switch from sludgy to speedy, dynamic but straightforward drumming, the dry Chuck Schuldiner inspired vocals and what made them unique, their eerie and horror laden atmosphere all were displayed in those 2 records, and with this third LP, the band continue improving their chops but have also developed what can only be described as raw technicality in their music. 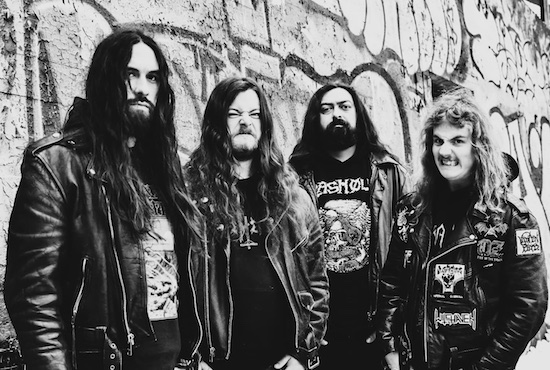 The descriptor of "raw technicality" is indeed where OUTRE-TOMBE shines and excels with Abysse Mortifère. The sound is very much emblematic of OSDM. It has that raw late 80's style of production, but the actual performances on the instrumental side have an intense technical proficiency that's reminiscent of Morbid Angel in their heyday and Death's middle transitional period. OUTRE-TOMBE don't just pay tribute to the titans of the genre. Their ability to create a heavy horror atmosphere with nothing but their straightforward approach and the occasional slow or mid pace moment to add variety and dynamics to the music.

You can find the rest of the review here but for now dip your filthy ears into a closing track 'Haruspex' and savor primeval howlings, percussive fractures, and bubonic riffs suppurate from this unspeakable audio-torture.