What a great set-up was my first thought when I saw the announcement of this package last winter. Appointment calendar out, save the date, order ticket and cross your fingers that Covd-19 will not fuck-up this concert. So, all went well and on a very warm and sunny day I and about 250 other people went to the Junkyard in Dortmund to see these three amazing bands.

Starting with Heretic Warfare from Münster, North-Rhine-Westphalia the audience got a straight punch into the face. The very sympathetic quartet performed very fast and brutal death metal without any huge melodies or compromises. Maybe some old Gorefest without the groovy parts mixed with some fast Suffocation can describe their style. They played some songs from their debut album "Hell On Earth" and also some new tracks from their upcoming album which hopefully will be released soon.  The audience celebrated the band (and their drummer who had his birthday that day) – it was a very cool gig, indeed! 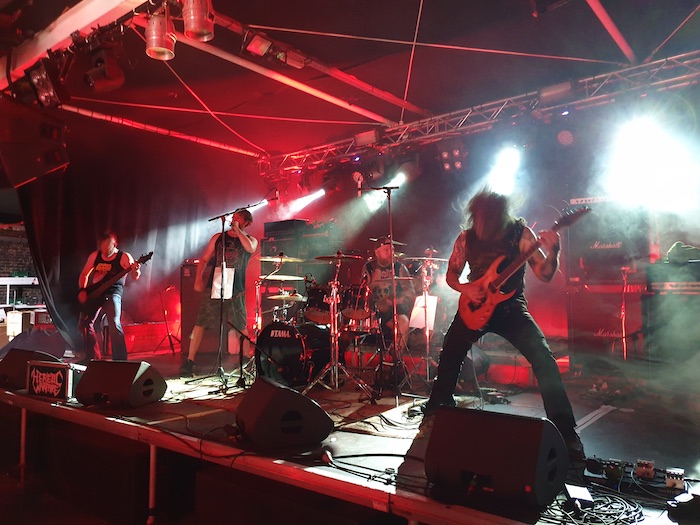 After a short break the US guys from Skeletal Remains entered the stage. Having had some chats (and beers) with the fans outside before they had the audience straight from the beginning on their side. It is really amazing to see the development of the band through their 11 years-lasting career. They started playing some death/thrash metal in the style of Pestilence and Death and with their latest output "The Entombment Of Chaos" they ended as a very dark and brutal death metal combo performing some similar stuff to old Morbid Angel and co. They had quite a lot of fun on the stage and knew how to push and interact with the audience. Playing at least one song from each album the fans got a very cool cross-section of their creative phases. 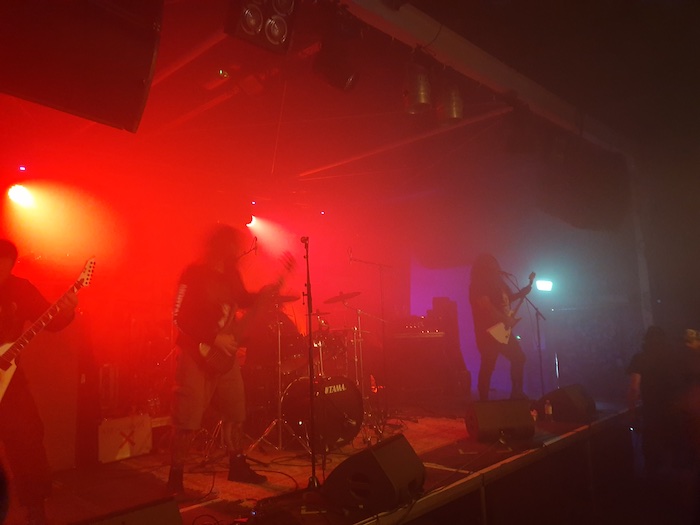 After this brutal gig the most frequently asked question was if Blood Incantation would dare to play a "Timewave Zero" show with the lately released ambient stuff. Short answer: no! I guess that most of the people in the audience were pretty glad about this because it isn´t the best music for a death metal concert, I would say. Maybe to relax on the couch but also this is questionable. The band started their intergalactical trip with 'The Giza Power Plant' and their performance was really awesome. Though the sound might have been a little bit more distinctive the set included only tracks from "Starspawn" and "The Hidden History Of The Human Race". One might criticize the band for their latest album and some more atmospheric stuff of "THHOTHR" but on stage they kick ass and showed that evening why they are some of the hot stuff these days in death metal. Unfortunately I didn't get a set list so I cannot tell you about the tracks in detail here. 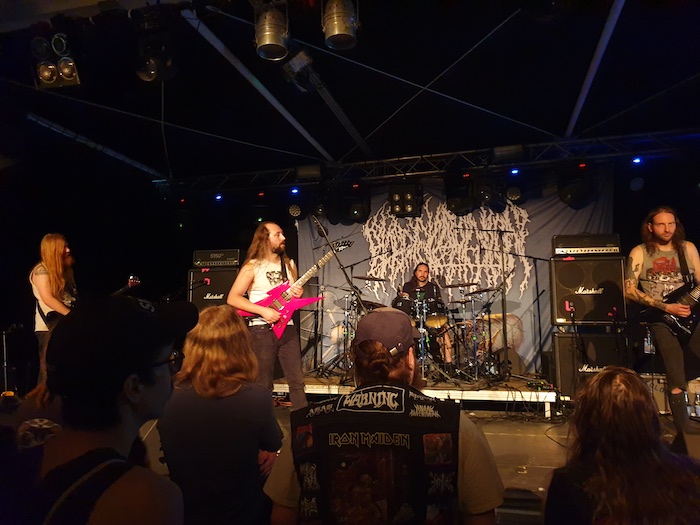