MB Premiere and Review: CHAOS OVER COSMOS - 'A Dream If Ever There Was One' full album stream 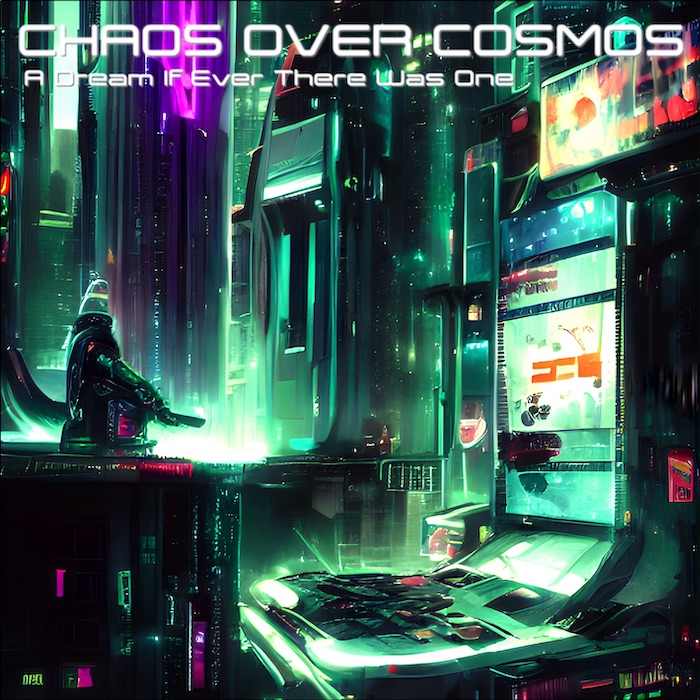 I had the privilege to listen to this album in the last few days, and let me tell you, it's been a fun ride. The first thing I said to myself when I finished listening for the first time is how have I never heard of this band? Being a fan of progressive metal and melodic death metal, one would think I would be all over this band. Better late than ever as they say.

To begin this review, let's talk about the band. Chaos Over Cosmos is essentially the work of one man from Poland, multi-instrumentalist Rafał Bowman. And adding to the lineup is a rotation of a few vocalists from around the world. This time on vocals, he is joined by KC Lyon from the US. On A Dream If Ever There Was One, Rafał continues to blow our minds with his virtuosity, especially his insane guitar playing abilities. If they ever release a new rock band game and somehow it was featuring a song from them, it would easily dethrone through the Fire and Flames as the most difficult song to play!

Now for the album, it starts with the instrumental track 'Continuum'. It is often the case, especially with power and melodic death metal, that the intro track feels a bit disconnected from the rest of the album. What I mean by that is that you usually get some kind of symphonic or electronic instrumental for the first track and then we get in the actual music for the rest of the album. Well, 'Continuum' is not that kind of intro. The song starts with a few seconds of vocal sampling of a woman reciting numbers and then immediately hits you with an insanely fast, one-minute, shredding solo. This means that in the first seconds of the album you get a pretty good idea of what's to come. And what's to come is 40 minutes of sci-fi inspired, progressive power/melodeath with face melting solos that could be described as a real "Shredaradise" if you will. 'Fire-eater' is the first real, complete track and was also chosen as the single for the album. The song starts with superfast drums accompanied by a fairly traditional melodic death metal riff. It continues for like one minute and builds up until the vocals start. KC Lyon has a nice screamed, relatively high-pitched growl; think about Jari Mäenpää or Alexi Laiho from Wintersun and Children Of Bodom respectively. It's pretty simple, Bowman shines on every song. His guitar playing is phenomenal, dare I say, John Petrucci level of virtuosity. His solos are so fast and technical, they can give you vertigo and yet are still super musical. It's almost as if they are telling a story alongside the vocals. On track three, 'Navigating By Moonlight', vocals are provided by KC's brother, Keaton Lyon. His screams make me think more of the 2000's American metalcore sound. But, at about midway of the song, he uses more of a type of shouted clean vocals that gives a big emotional impact and gives me chills every time. If you liked those kinds of vocals, don't worry, later in the album, KC offers the same kind of emotional vocals, so I'd say that vocally, the two brothers are pretty on par with each other. As for the rest of the song, it's a mix of prog and power metal-ish melodic death metal. When the solos begin, it always hits me right in the feels. That says a lot about the masterful songwriting, that it can be so technical but still is musical enough that it is also emotionally touching. On 'Ebb And Flow[ers]', which is the last real/complete track, Rafał goes complete prog. This song features a heavier use of synths and is the longest on the album. The only complaint I have is that towards the middle part, it transitions to soft vocals and low-fy, atmospheric synths. It's not that these parts are bad per se, it's just that it happens more than once and it's handled a bit awkwardly. So basically, for the rest of the song, you get lightning-fast solos, then it cuts immediately to the soft part. The same pattern repeats until the end. It's a shame because the heavier parts are really freaking good! Closing the album is 'Melatonin', synth instrumental with serious 80s vibes. I could truly see it playing in a Stranger Things episode, it would fit perfectly.

So, I'll end on this note: this album is relatively short (40 something minutes), but is jam packed with some of the best guitar solo works I have heard in quite some time. The runtime is perfect because I'm not sure I would have been able to digest many minutes more of this wonderful music. It's the perfect sized portion. I cannot find anything truly bad, the album as a whole feels fluid (with some minor exceptions). The guitars sound beautiful, very high up in the mix and crystal clear. It's evident that it's the instrument they wanted to show off and, oh boy, did they succeed! So, if you're searching for a proggy, spacey and super melodic metal record, really give this album and all of the band's discography, as a matter of fact, a listen.

"A Dream If Ever There Was One" will be self-released released on November 9th, 2022.

CHAOS OVER COSMOS is: