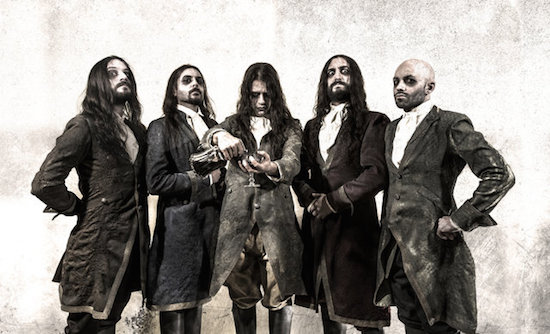 Symphonic death metal kings FLESHGOD APOCALYPSE will release their fourth studio album King on February 5th, 2016 via Nuclear Blast. To kick off 2016 with a bang, the Perugia, Italy-based group will release the first single from the new opus, entitled 'The Fool'.

The band commented: "'The Fool' is one of the craziest songs of the album and we felt like it was a perfect way to let people approach our new work. It’s a song without compromises and because of the character it is about, we had the chance to get into a profound matter that concerns us all."