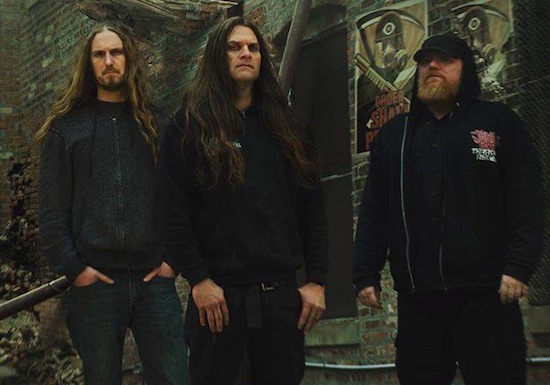 JUNGLE ROT have unleashed a new video 'Doomsday' from their 8th full-lenght album Order Shall Prevail, released on June 30th, 2015 via Victory Records.

Jungle Rot bassist James Genenz comments: "To me, the video is essentially about paranoia. The protagonist is more than likely a paranoid conspiracy theorist, who probably isn't all that wrong with his theories, but is driven mad because of them," he explains. "The live shots of us playing under targets are like his delusions, envisioning an attack on a small populace of citizens and we are his weapon. Eventually, he cannot handle the prophetic visions and blinds himself to it."