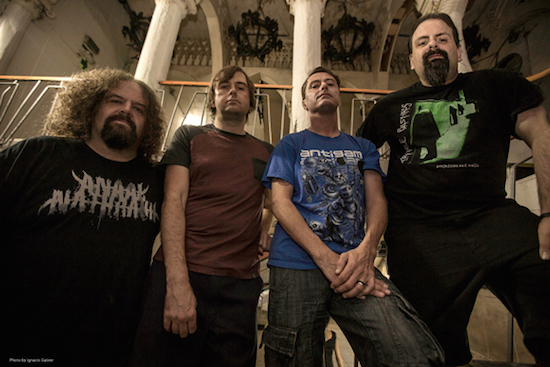 NAPALM DEATH vocalist Mark "Barney" Greenway checked in to comment on the video as follows: "Being a very queasy and deliberately monotone kind of song, we felt simplicity was the key with the video for 'Dear Slum Landlord'. Suitably, thanks to two production people in Oliver and Costin - who really understand the contrasting elements of Napalm Death - it's simple, desolate, black and white and just that little bit grim, befitting the subject matter of interconnected housing/labour exploitation which does its best to remain hidden from view."