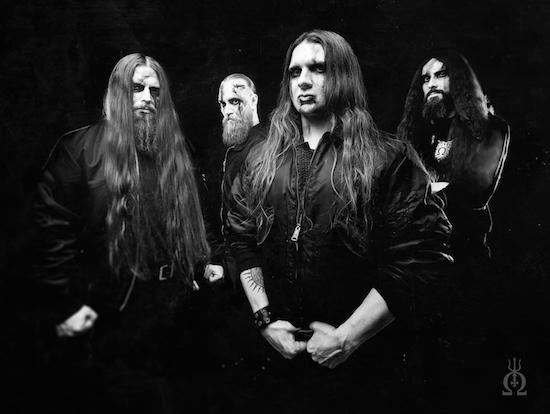 Polish extreme black/death metallers HATE revealed a lyric video for 'Asuric Being' taken from their upcoming 10th studio release, Tremendum. New album will be released by Napalm Records on May 5th, 2017.

HATE bandleader ATF Sinner on the story behind 'Asuric Being': "The lyric for “Asuric Being” is inspired by Rudolf Steiner's philosophical concept of Asuras -„Spirit of Darkness” or spirit of Self-hood (egoism). It has a lot of archaic references and a history that long pre-dates Christianity. A truly great concept that has become a big source of inspiration to me. As for the music, you may notice how much we have refined the formula since „Crusade”. „Tremendum” is a profound, organic and adventurous album. We are really proud of it!"