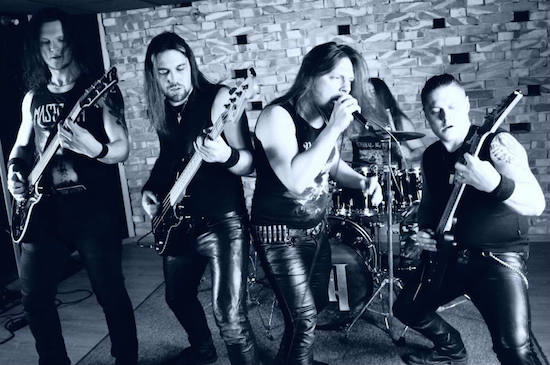 The heavy-metal band DIVINE WEEP has just released their new single and music video 'Austere Obscurity'. The single was registered at the turn of January and February in Bialystok Dobra 12 Studio by the sound producer, Piotr Polak, who was also in charge of mix and master. The band had already worked with Polak when recording guitar, bass and vocal tracks for the Tears of the Ages album, which was published by Metal Scrap Records last year in July.

'Austere Obscurity' is the effect of DIVINE WEEP musicians collaboration with the new vocalist - Mateusz Drzewicz of the Warsaw band HELLHAIM, who has replaced Kamil Budziński. Matt's wide and varied vocal range made it possible to introduce some new elements to the band's music style. Apart from melodic heavy and power metal, in the guitar parts one can also observe some trash or black metal influences, stemming from the band's origins. Arguably, it might be the future direction of DIVINE WEEP new album.

The music video recorded by Wojtek Zalewski from FiLMitUP.PL and can be watched below: