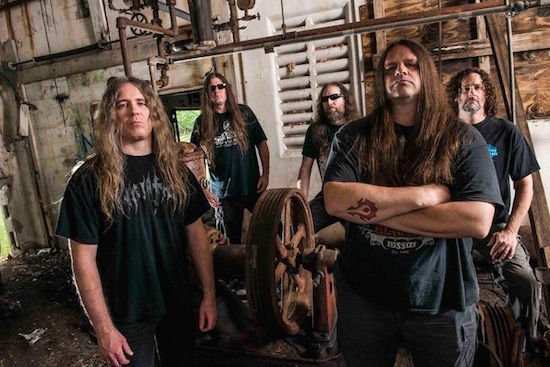 On November 3rd, CANNIBAL CORPSE will release their 14th full-length, Red Before Black, via Metal Blade Records. For a first preview of the album, the band has launched a video for the single, 'Code of the Slashers'. Directed by Zev Deans (who created videos for Behemoth's 'Messe Noire', Ghost's 'Square Hammer', Portal's 'Curtain'), 'Code of the Slashers' can be viewed below.

Zev Deans comments: "After crawling through abandoned buildings, crashing our van into a tree in the middle of a scene, witnessing a real stabbing and drenching ourselves in fake blood in a derelict park at 5am, we can safely say this was a proper introduction to the slasher genre for Panorama Programming. We brought a slab of fresh meat back from a rotting metropolis, and we're serving it to you raw. Come and get it."