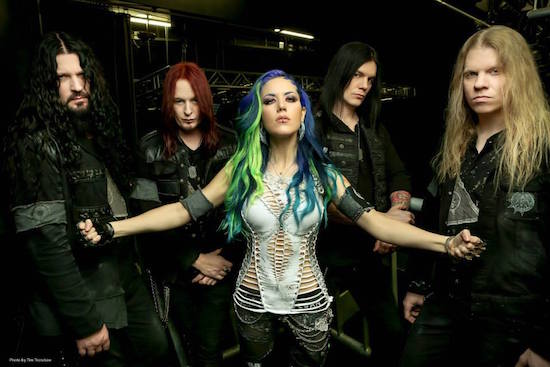 Extreme metal giants ARCH ENEMY are back with another ripping single from their recently released album, Will To Power, with the music video single for 'The Race'.

Founding member Michael Amott commented: "This was actually the last song written for the 'Will To Power' album. Listening through all the material we had up to that point we agreed that the album needed one more song that would be a relentless and fast paced counterpoint to some of the more epic compositions we already had. We sent Alissa the music and she came up with a thought provoking set of lyrics with an intense vocal arrangement that complemented the music perfectly. We've been having a blast playing this song on the current tour and we had our video director Patric Ullaeus come out to capture the mayhem at our recent show in Helsinki, Finland... Enjoy 'The Race'!"