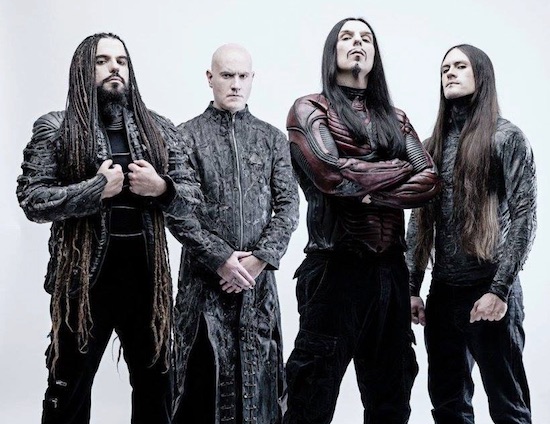 Orchestral extreme metallers SEPTIC FLESH have revealed a new music video for the track 'Martyr' from their latest album Codex Omega. Once again the clip is directed by Jon Simvonis, blending the music of SEPTICFLESH with Kendo, which literally means 'the way of the sword'. It is a battle of sword and spirit. The ultimate goal of the fighter is to become superior to his own previous self."

Director Jon Simvonis adds: "We really had an awesome time filming SEPTICFLESH while they were delivering an explosive performance for the 'Martyr' video! No wonder, why this band nails it on every stage that they set foot on."