PRIMORDIAL Unveils Video for 'To Hell Or The Hangman' 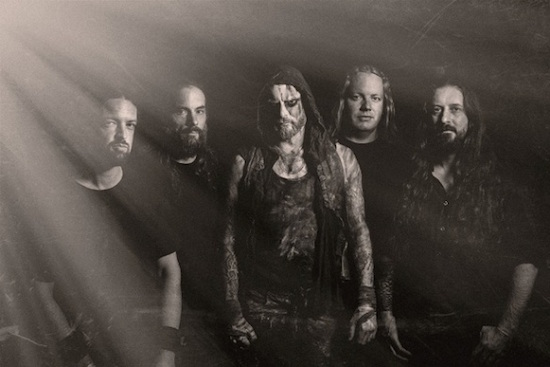 Irish pagan metallers PRIMORDIAL  have released the 2nd single 'To Hell Or The Hangman' from their new album, Exile Amongst The Ruins, out on March 30th, 2018 through Metal Blade Records.

Comments Primordial singer A.A. Nemtheanga: "In 1493 Walter Lynch was hanged by his own father James Lynch, Mayor of Galwayon on the West coast of Ireland for the murder of a young Spanish noblemen who was visiting the family home. He had fallen in love with a young woman by the name of Agnes in the Lynch of household and in a fit of jealous rage one night Walter took the young Spaniard's life. The story goes that an angry 'lynch mob' took to the streets and barred the way to the usual execution spot so James took his son Walter and hung him with his bare hands from the open window into the street...He was lynched from the hanging sill. 'To Hell or the Hangman' is this story through Walter's eyes, a tale of unrequited love with a murderous end. Enough drama for you? A curious and strange song for single number two from the new album, dark romanticism! so get on the dancefloor..."