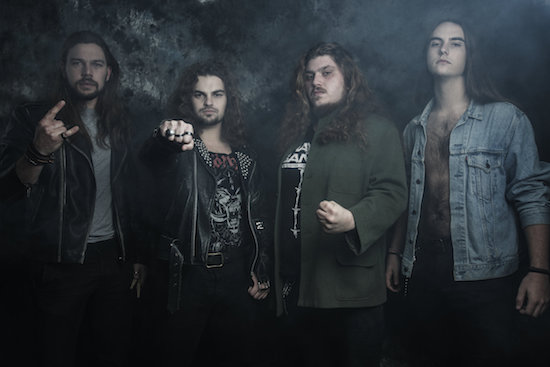 Portuguese speed metallers TOXIKULL have just released the video for the track 'The Nightraiser', off the album with the same name. Featuring a dark and raw tone, inspired by videos from the 80’s filled with grain and contrast, it captures and illustrates the old-school and aggressive musical style the band plays.

The Nightraiser will be released on March 23rd worldwide by Mosher Records and Firecum Records.