LIK Releases Video for 'Celebration Of The Twisted' 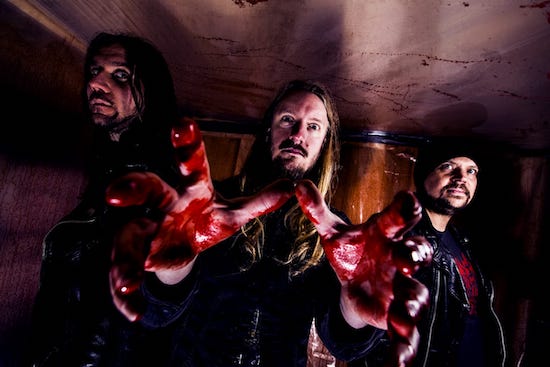 Death metallers LIK from Stockholm, Sweden have released the third single 'Celebration Of The Twisted' taken off their new album, Carnage, to be released May 4th via Metal Blade Records.

LIK comments: "We wanted to depict just how dark and gloomy Stockholm can be during the long winter we're given here in the north. That sets a mood perfect to write old school death metal. You can say that the inspiration is always just around the corner. The one who knows his or hers Stockholm death metal will rejoice as there's some major landmarks included in this video!"