SONS OF APOLLO Presents Video for 'Signs of the Time' 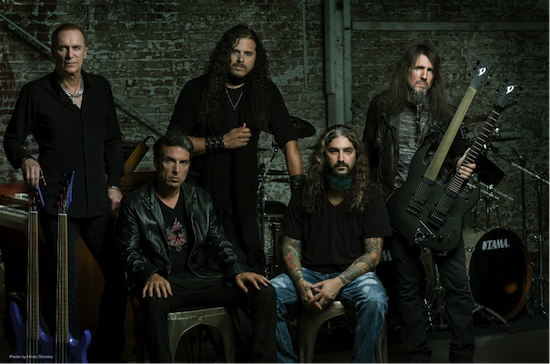 Featuring ex-members of Dream Theater, Guns N' Roses and Journey, SONS OF APOLLO are about to begin the band's first ever European live dates, starting this Friday at Hellfest in France. To celebrate, the band have launched a video for the track 'Signs of the Time', filmed during the bands recent North American tour. The track is taken from band's debut album Psychotic Symphony, which came out last October via InsideOut Music.

Mike Portnoy comments: "The 'Signs of the Time' Video was shot on the recent US tour and is a good taste of what the band is like on stage. We are about to embark on the band's 1st tour of Europe and the UK and can’t wait to bring this 5 headed musical monster to our fans overseas all throughout the summer."