MANTICORA Reveals Video for 'Echoes Of A Silent Scream' 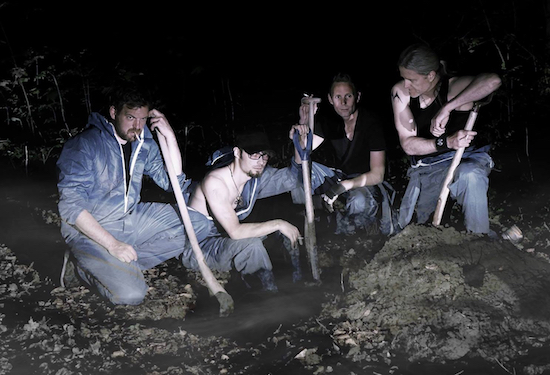 Danish thrash/power metallers, MANTICORA, have released their first video for the track 'Echoes Of A Silent Scream', from the upcoming album To Kill To Live To Kill, out on August 3rd, 2018 via ViciSolum Productions.

The album, which is the first of two, is a part of a grandiose concept, based on the thriller/horror novel that leadsinger, Lars F. Larsen has written, will be released as two separate albums, one year apart. The novel itself has already seen its release, followed by the first album, on July 25th in Japan/Korea and 10 days later for the rest of the world.

Band comments about the video: "This video is not your usual 'Watch the band play their unplugged instruments', as we wanted to do something completely different. We wanted to tell a story, which seems to be the case every time we release anything, be it a book, an album or a video. The video is a good and solid mini-movie that tells the story of the song "Echoes Of A Silent Scream", with scenes from the story in the book that Lars wrote. The killer is there (quadrupled into four in the digging scenes), the victims are there and the eerie feeling of violence to come is there as well. We hope our fans will enjoy the first visual from us for 8 years."