SIRENIA Reveals Official Video for 'Into The Night' 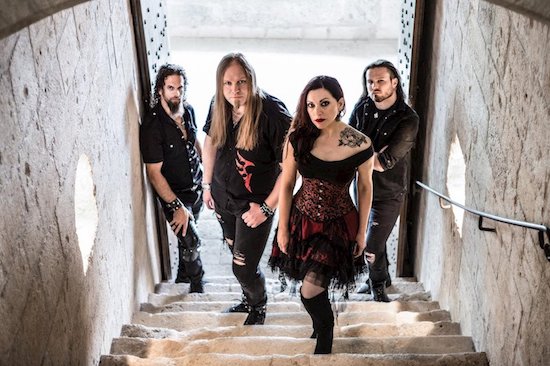 Norwegian symphonic gothic metallers SIRENIA has revealed the official video for 'Into The Night'. The song is taken from the band's upcoming album, Arcane Astral Aeons, which will be released on October 26th, 2018 via Napalm Records.

Morten Veland comments: "We hope you guys enjoyed our second single, 'Into The Night'. We are happy to release the official video clip for this song today. Soon we will be back on the road performing material from our new album 'Arcane Astral Aeons'. We will start in St Petersburg, Russia on the 26th of October, then Moscow on the 28th, after Russia we will do the first leg of our European tour and the Masters Of Rock winter edition in Czech Republic. Looking forward to seeing you all there. Feel free to drop by our website for full tour dates."