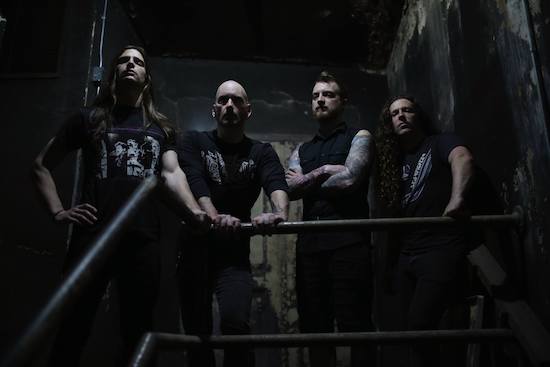 ARSIS commented on Visitant: "With a meticulous attention to detail and hooks, we feel as though we have created our most honest and dark record to date".

Guitarist & vocalist James Malone elaborates: "I wanted to do something different with the lyrical themes for this album and it was just a natural move to incorporate a passion for horror into Visitant. As I was doing my part of the writing I tried to capture the tone and atmosphere of some of my favorite films (Silver Bullet, From Beyond, Prince Of Darkness). It was a very satisfying and fun album to write and I think it might be what fans consider a 'worthy follow-up' to A Diamond For Disease". On the first single and its video, James added: "Tricking the Gods is inspired by my love of werewolf movies, specifically Stephen King’s Silver Bullet. I really liked the idea that everyone in the town was looking for this beast and it turned out to be the person they least expected: the minister. That blurred line between good and evil, heaven and hell made perfect song writing fuel".